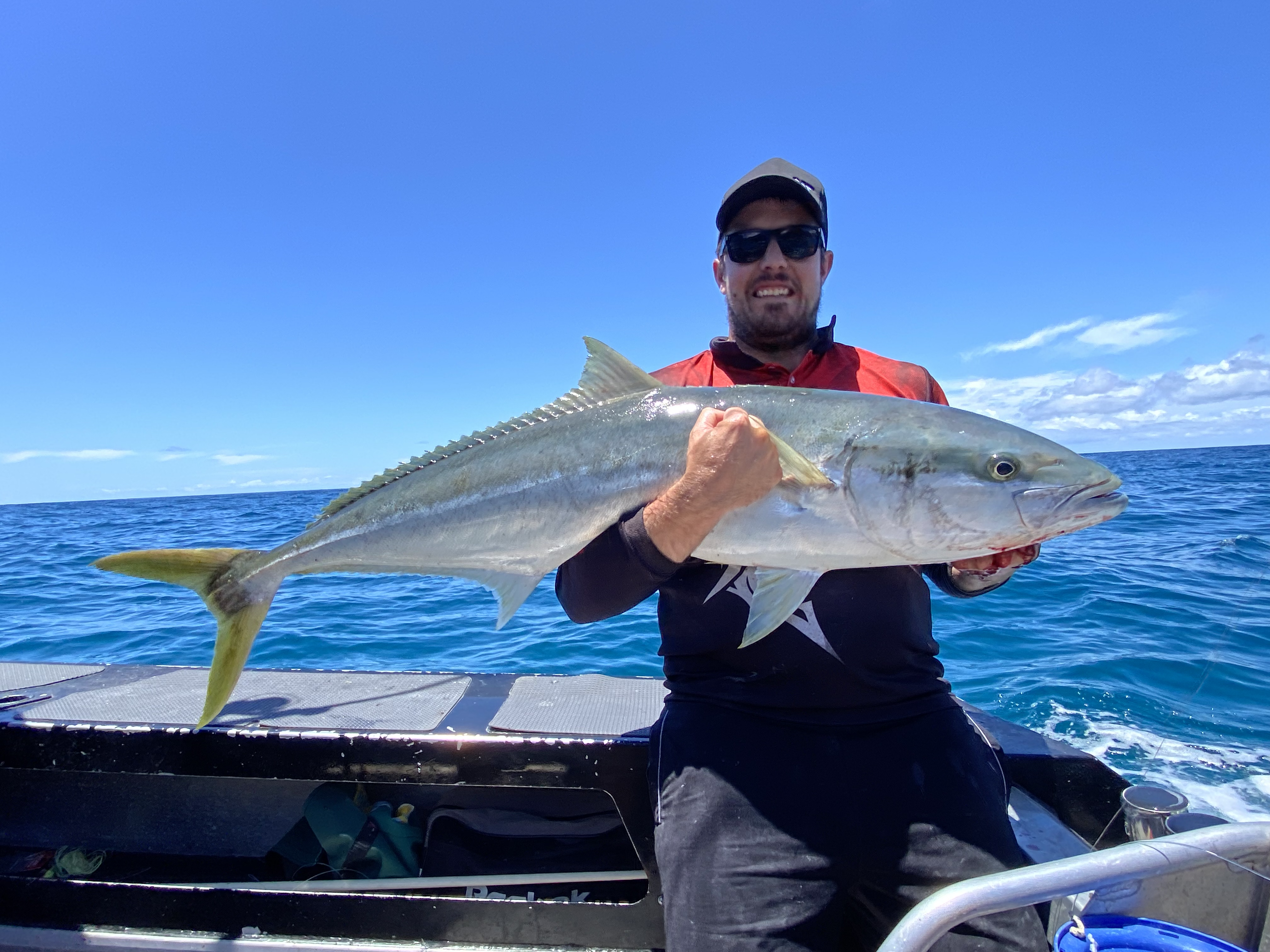 While the Billfish are on strike the Hoodlums have been off tap!

It’s a glorious time of year and everything fishing is cranking along nicely, so get out and enjoy some warm weather and fishing.

Things are looking good at the moment off the coast with plenty to keep us occupied offshore. The FAD’s are starting to produce Dolphin fish after the slow start to the season due to the water and currents being inconsistent. The same goes for the Marlin fishing, out wide the current on the shelf has been holding things up a bit with the fish being a bit patchy, although things can change overnight. If a road trip is on the cards, fish are being found from Sydney and further south.

Reef fishing has been the standout with some crazy numbers of large Kings turning it on inshore. It’s been so good to see them continually bounce back year after year. Snapper have continued and haven’t really slowed at all leading into Summer and Trag have also been in plague proportions around the inshore reefs. The inshore Marlin bite has started but is being hampered by the NE winds rolling the water over and currently the Rat Dolphin and Kingfish are stealing baits making things extremely frustrating. I wouldn’t be surprised if we don’t start to see a few Cobia around the reefs and later in the month into March. Good chance a few Mackerel will push down into the local waters as well but it all will depend on what we are served up with the coming weather patterns.

The Estuaries have been fishing well with all three major estuary systems producing Jewies, they have been reacting well to lures and live baits. Flathead, Bream and Whiting across all the local Estuaries are also being found in great numbers probably due to the good run of Prawns pushing out of the systems with the recent rain. Soft vibes and plastics with smaller lighter weighted bait offerings are proving to be deadly in the estuaries. Squid are showing up around Lake Mac and it pays to move around until you find a patch.

Whiting and Jewies are probably the target species to be gearing up for from the beaches. From the rocks for the LBG crews we have Kingfish hiding under the wash waiting for an offering. The Tuna should show any day and who knows what else is likely to be moving in with them!

The Bass fishing around the dams is exceptional at the moment. The recent level rises have really helped push the fish into the edges. Fishing surface lures, spinner baits and small suspended lures around the edges will produce the goods.