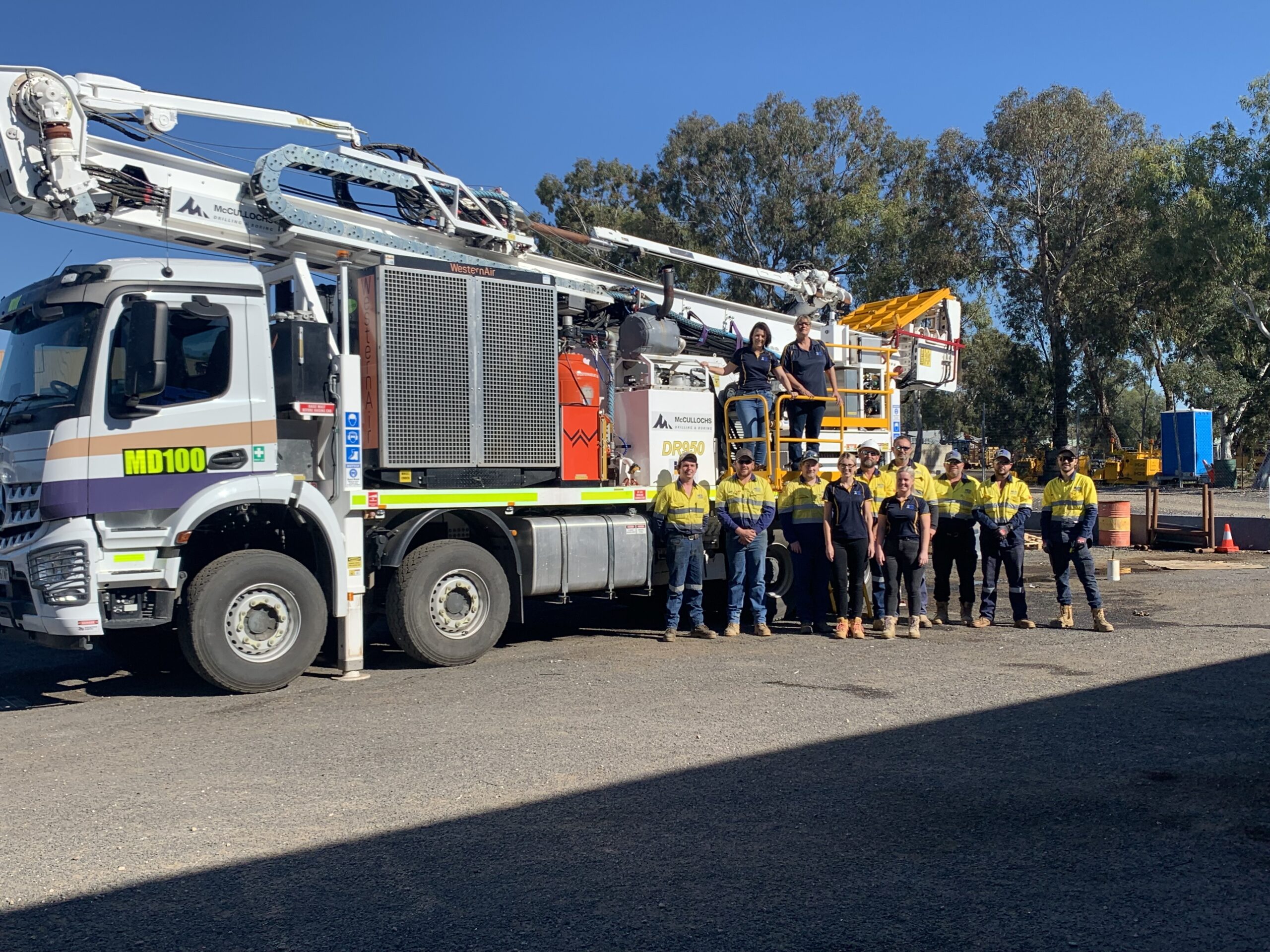 Building careers is at the heart of family owned business Mannion Drilling, and 2021 has seen their staff go from strength to strength with award nominations, long service recognitions, and a board position.

Spanning over generations and operating over 100 years in the North West region, it’s no secret that Mannion Drilling have the experience, knowledge and skills for success in the drilling industry.

But the one thing that has truly built this business up for success is the appreciation and respect they have for each and every Mannion Drilling team member, and it’s certainly shone through in 2021.

Like all of us, it’s been a huge year for Mannion Drilling and owners Jacinta and Jason Mannion as the world continues to manage the impacts of the pandemic. Despite this, Mannion Drilling employees have pushed through, adapted and more than anything, thrived.

Employees like Josh Keynes who recently clocked up 10 years with Mannion Drilling. “We watched Josh come out of school at 16 and join our team, we’ve watched him get married and went to his wedding, we’ve watched him become a father, and today he is a qualified Driller Supervisor,” said Jacinta.

“We gave Josh a cheque for $10,000 on top of his long service leave for his 10 years service. It’s really important to us that we reward our guys for their dedication to our team.”

And that’s just the start, with Jono Young coming up to his 10 years in 2022. “It’s really important to us to see out employees want to further their career with our business,” said Jacinta.

Then there’s Kirsty Dunshea who was nominated for the Outstanding Employee Award at the 2021 New England North West Business Awards. Kirsty started at Mannion Drilling four and a half years ago in an admin position, quickly progressing to her current role as Senior Business Support as part of the Senior Management team.

Jacinta and Jason put Kirsty up for the award, recognising her as a vital part of their business who has headed up new programs, processes and regulations within the company. Among these has been the implementation of a new technology based maintenance and store system that tracks every bit of maintenance and all spare parts in workshops both in Gunnedah and Mudgee. Kirsty also deals with water bore enquiries, with over 100 coming through last year due to the drought.

Talking to us about her nomination, Kirsty said it was surreal and completely unexpected, “I turn up every day to my job and every day I aim to do it to the best of my ability.”

“Mannion Drilling is a great place to work being a family business that has been doing this for generations, and the knowledge that comes with that experience is amazing.

“The best part is you’re made to feel like family.”

Over the past 18 months Jason and Jacinta have put a major focus on building a team emerged in their culture, encouraging growth in their employees as well as the business. It’s these values that pushed Jason’s appointment to the Australian Drilling Industry Board as a Director.

The high ranking position see’s Jason representing NSW on a National Board. “We’re at the point in our business where it’s time that we give back to the industry that we’ve been lucky enough to be a part of for a long time,” said Jacinta.

“This position aligns with Jason’s passion for bringing people into the Drilling industry and furthermore supporting them with career and growth opportunities.”

Next in line to continue the Mannion name is Jason and Jacinta’s 16-year-old son Mitchell, who is starting with the business in January 2022 as a full time Drillers Assistant. From there Mitchell hopes to study and receive his Certificate 2 in Drilling Services and make his way up the ranks in the next couple of years to Drilling Supervisor.

Reflecting on the past year, Jacinta said there will be continued opportunities for current and future employees to grow within the business; “People can come to us, we can train them, and we can mentor them.”

“A job at Mannion Drilling isn’t just a job, it’s the opportunity to forge a career.”