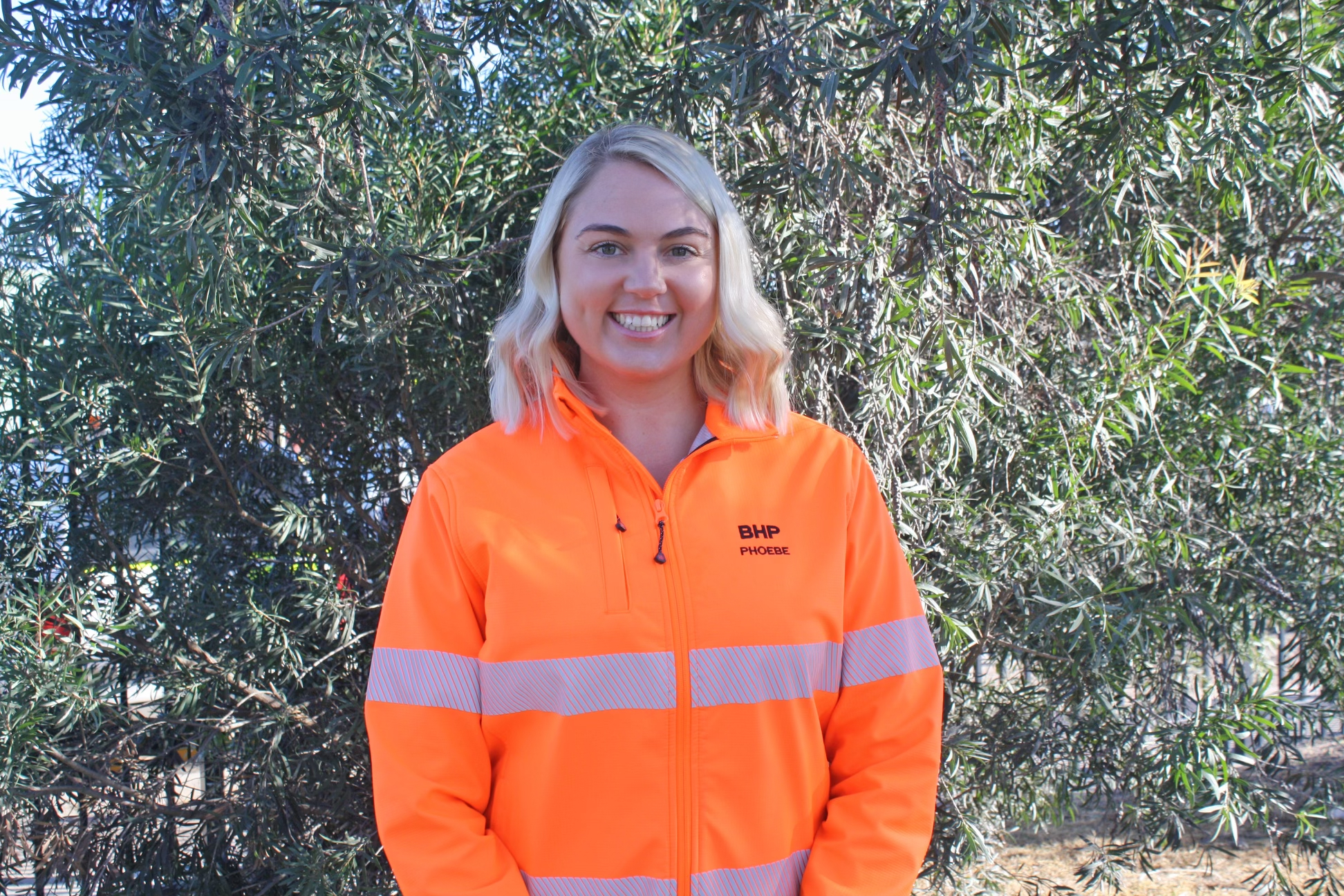 The winners of the BHP 2021 Women in Resources National Awards have been announced and we are proud to share that Phoebe Thomas from BHP’s Mt Arthur Coal has taken home the Exceptional Young Woman in Australian Resources Award.

These awards provide the opportunity for the talented women in our industry to share their inspirational stories and by doing so encourage more young women to follow in their footsteps into a rewarding career in the resources sector. With women making up less than 20% of the mining workforce it is important that we continue to work on increasing the diversity of the sector and encouraging more women into careers in mining.

Phoebe is one of those inspirational women. Starting work as a rehabilitation consultant in 2016, and then commencing at BHP Mt Arthur Coal in 2017 as a Health Specialist, Phoebe is now Principal Operations Performance at Mt Arthur Coal.

The impacts of Phoebe’s work and leadership are highly tangible. A campaign spearheaded by Phoebe has seen Mt Arthur Coal become a smoke free workplace and Phoebe has also led the company’s response to the Covid-19 pandemic which has been recognised by the Resources Regulator as industry leading in the Hunter Valley.

Phoebe has had a lead role in workforce gender diversity as well as female leadership representation. Retaining female employees is a passion for Phoebe who has moved to ensure all female staff have a mentor and mentor’s two staff herself. She is a deserving winner and will no doubt continue to pave the way for more young women to follow in her footsteps.

Congratulations to all the winners of the BHP 2021 Women in Resources National Awards.

Maryann Wipaki, General Manager Health, Safety, Environment, Community, Glencore Queensland Metals for her strong advocacy of the important role the mining industry plays in Queensland and her commitment to the safety of the workforce as a member of the Queensland Mining Safety and Health Advisory Committee.

Laura Allen, Process Owner at Woodside Energy for her active participation as a member of Woodside’s Gender Equality Matters Network and her support for women to work offshore through recruitment, mentorship and safety advocacy.

Alison Van Lent, Commercialisation Manager at Woodside Energy for her ability to develop and apply technology to improve safety and quality through FUSE, which enables users to identify areas of concern and opportunities.

Phoebe Thomas, Principal Business Performance at BHP Mt Arthur Coal for her impressive leadership, mentorship and injury management across the business, as well as strong advocacy on gender diversity and community outreach.

Barbara Crossley, Managing Director at Umwelt Australia for her trailblazing adoption of policies such as paid parental leave and genuine flexible working arrangements, as well as her drive to maintain a gender balance across all levels of the business from the graduate to executive level.

Step in 2020 People Improvers on behalf of the North West Inclusion Group Tasmania for their impressive and well devised collaborative approach to increase female participation by expanding the pool of women applying for roles in the resources industry from the North West coast of Tasmania.