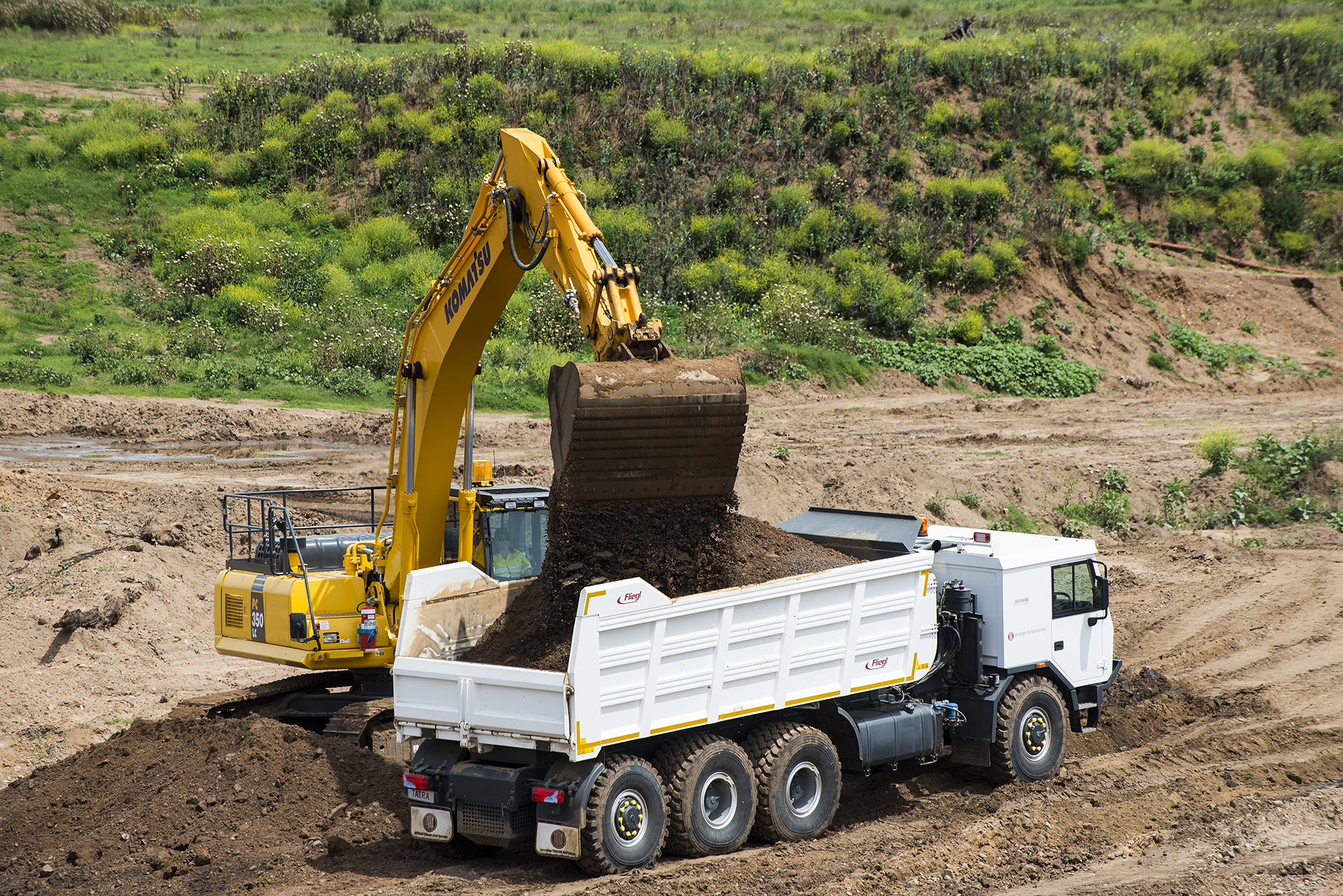 Hundreds of thousands of Tatra Trucks serve in militaries all over the world, with their unique design and extreme endurance now gaining traction in the NSW mining industry through Tefol.

When you think of the military, you think quality, endurance and power; characteristics that can be similarly attributed to Australia’s mining industry. Building trucks since 1898, Tatra Trucks have developed their off-road vehicles to withstand tough military environments and in turn have enabled universal industry applications from firefighting and construction to mining and even winning the Dakar Rally.

Tefol visited Tatra Australia in WA 5 years ago and were extremely impressed with the build quality and capability of the trucks as well as the 100% in-country spare parts warehouses in WA and QLD, where they came on board as a Tatra dealer.

Tefol technicians have now undergone specialised factory training in the Czech Republic as part of their support model and Tefol have invested significantly in marketing and raising awareness of the trucks and their off-road capability and applications.

There are currently around 800 trucks in mining, drilling and construction industries in Australia, primarily in WA and QLD. Now gaining some serious traction with Tatra Trucks in Hunter Valley Glencore and BHP mine sites, Tefol are pushing to build more awareness of the high quality vehicle in NSW. “We knew it would be a slow uptake, but we also knew it was a good quality product. We understand that people don’t like change and it was a case of creating awareness in the mining industry that Tatra Trucks are the truck for the job,” said Ben Dolman, Manager – ICT & Marketing at Tefol.

“We now have trucks in the mining and civil construction industries and even an all-wheel drive motor home.”

Sealing their name in history, Tatra Trucks were producers of trucks and tank engines for the World War II effort and have continued to build on their capabilities through technological innovations and creative design, developing a vehicle that is unmatched in many aspects.

“Tatra Trucks have the ability to carry missiles, tanks and heavy military gear, we don’t encourage that in the mining industry,” Ben quipped, “but it gives you an idea of just how powerful and versatile these trucks are.”

The past 12 months has seen the mining industry better informed and better equipped to understand the Tatra Truck is the future, cutting costs and doing the job of multiple applications.

The unique chassis design has a rigid backbone frame with central tube and swinging half axles with independent suspension essentially creating a purpose built, highly operatable, off-road truck that can take on the toughest terrain.

“In mining and drilling for example, by definition they are exploring new ground where there are no roads or the roads that are there aren’t secure enough for the standard vehicle or truck – that’s where Tatra Trucks come in with their off-road ability, setting them apart from the standard truck,” said Ben.

“You can imagine the turning circle on a long, rigid vehicle is pretty ordinary, but with Tatra Trucks you can rear and front steer and the half-axles with independent suspension support a higher off-road travel speed in various operating conditions.

“They can basically do anything; you think it and you can build the Tatra Truck to do the job.”

Ben said Tefol are looking forward to seeing the growth of Tatra Trucks servicing the NSW mining industry. “As we start to see the trucks on sites around NSW, we’re excited at the forecast of Tatra Trucks leading into 2022.”