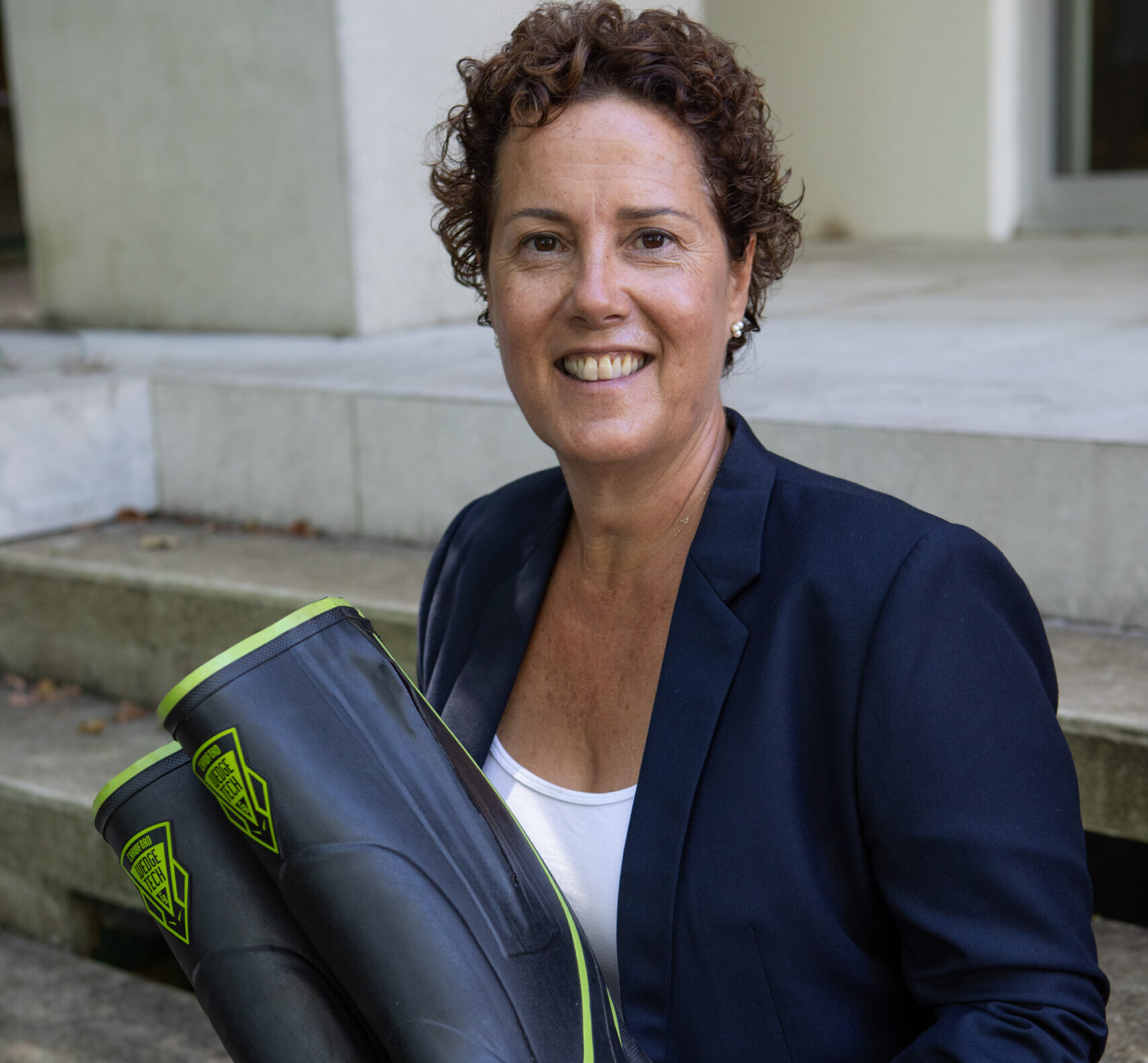 The 2021 New England North West Business Award winners were announced on October 29 with a number of the regions mining industry leaders and businesses recognised for their growth and entrepreneurship.

The awards recognised and celebrated business and leader success across the region and our local mining industry was well represented amongst finalists and award winners.

Against a high calibre of finalists this year the coveted Business of the Year Award went to Crawford Boots, with Penny Crawford and Crawford Boots announced the winners of not one, not two, but three awards.

On top of winning Business of the Year, Crawford Boots were recognised as winners of the Excellence in Micro Business Award for their effectively driven growth and ability to demonstrate the specific strategies implemented to achieve business success and resilience.

Penny started Crawford Boots in 2018 and her boots quickly gained traction in the local mining industry. A podiatrist of over 30 years in regional NSW Penny started her business with a goal of developing boots that addressed the problems that arise from ill-fitting boots in underground mining.

Today, Crawford Boots are being taken on by more and more sites around the region as the standard work boot and are supplied to over 40 underground mining operations in Australia.

The past 18 months have been a whirlwind for regional businesses, and it was no different for Crawford Boots. “My business model was very much focused on visiting different sites and of course when Covid hit I had to revisit that,” said Penny.

“I was very fortunate that I started my business before the pandemic, so I already had those contacts and a bit of traction.

“We were busy during 2018, 2019 and even into 2020 visiting sites and building that report and building brand awareness.

“Revisiting how I market my boots; I approached a media and communications company who have taken over a lot of the marketing so that’s made a big difference in terms of being on social media and having a presence PR wise.”

For her success as an inspirational business leader aged 36 or over who has demonstrated outstanding entrepreneurial spirit, strategic business direction and innovative ideas, whilst providing leadership to the new generation, Penny herself won the Outstanding Business Leader Award. “It was a huge surprise and very humbling, but it was also great to receive the recognition of our hard work,” said Penny.

“This has been an 8 year journey for me and I’ve been very caught up and involved in the running of the business, so it’s been nice to sit back and see that we are creating something that is unique and something that is solving a problem and we’ve been recognised for that.”

Hoping to continue the growth of Crawford Boots into 2022, Penny said the recognition they received through these awards has given her a renewed inspiration and push to keep building and expand into other industries.

After the many challenges faced this year, the resilience and strength shown by each of the nominees, finalists and winners is something to be proud of.

Glenn Many from Many Fabrication & Engineering was one of those leaders recognised for his success, awarded the Outstanding Young Business Leader Award. The award recognises an inspirational business leader aged 35 or under who demonstrates outstanding entrepreneurial spirit, strategic business direction and innovative ideas, and after growing from a sole trader to now employing over 40 employees in just 8 years, it’s a deserved win for Glenn.

Many Fabrication & Engineering were also finalists in the Excellence in Business category, with Mannion Drilling taking home the award win and recognised as a business that has effectively driven growth and is able to demonstrate the specific strategies implemented to achieve business success and resilience over their 100 years in the region.