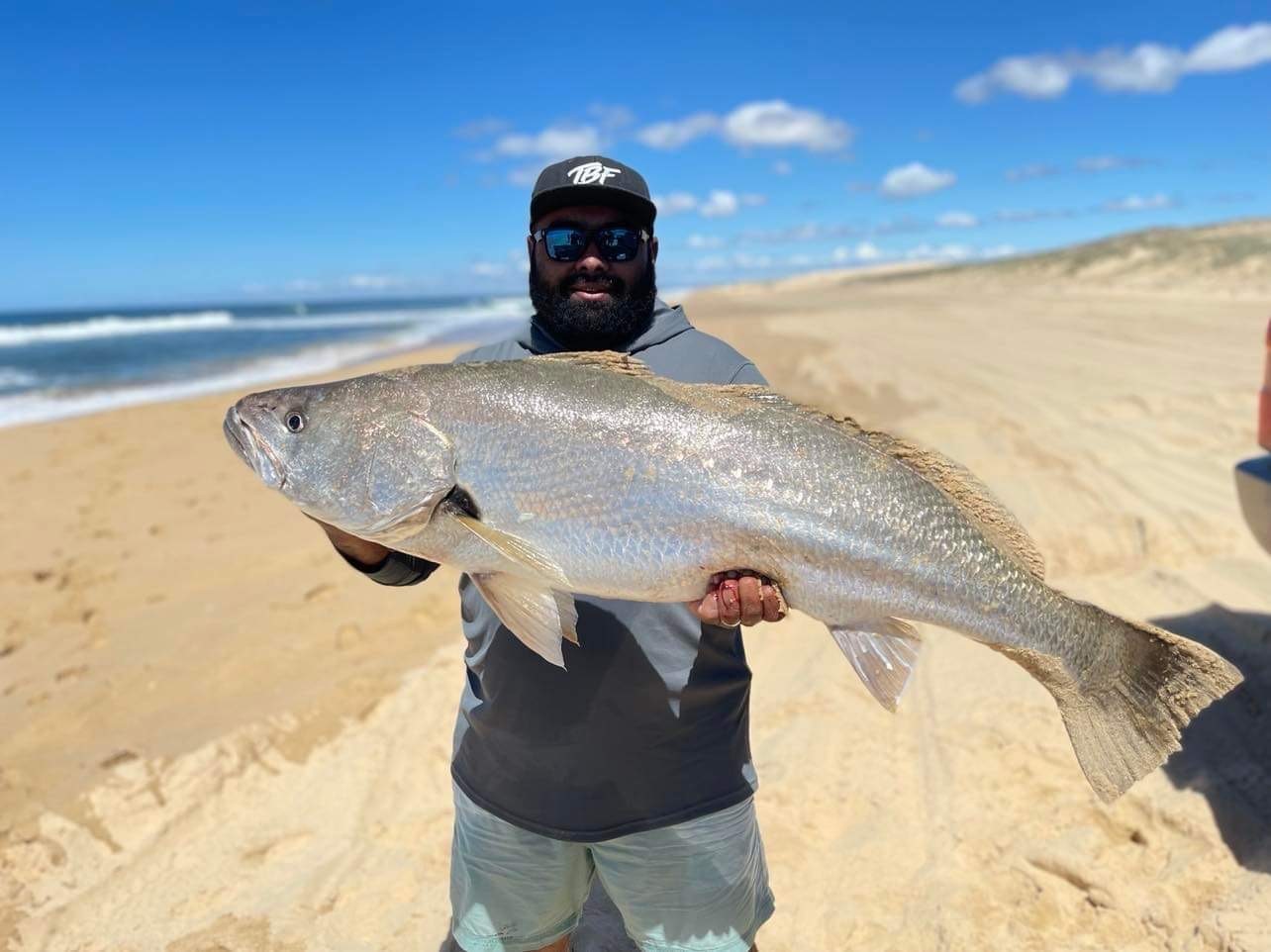 What a roller coaster ride the year has been again, but we made it and can only hope with the festive season upon us we find ourselves spending a bit of time with family and friends. Whether it’s around one of our many waterways wetting a line, or just enjoying company with a brew or two.

As they say drought on the land, drought in the ocean. So what a difference the recent precipitation has made around the area, with things red hot in all areas of fishing.

The rain has really kept the Snapper on the chew around the inshore reefs smashing plastics. Kingfish are starting to turn up in the warmer water as it pushes down as well, it pays to fish a live bait around the reefs this time of year.

Trag and Jew will start showing up with good numbers taking up residence on the deeper reefs.

On the pelagic front, the warm water has been teasing us and is currently sitting wide of Forster. We don’t have a lot to report yet other than a fish here and there, but if we were to have a punt we could be in for a Striped Marlin run over the Christmas/New Year period.

Flathead and Whiting are smashing lures and baits in the shallows throughout the bay.

Jewfish continue to be plentiful in the holes and around the structure behind Middle Island and around Soldiers Point. Fresh squid or live baits and the trusty vibe lures are proving to be deadly.

It’s a similar story to the bay with plenty of Whiting on the flats and Flathead and Jew are being caught throughout the lake.

Soaking a few pots should find a few Blue Swimmers or Muddies, especially with the runoff from the recent rain pushing out of the lake.

It’s Whiting time of year with substantial numbers starting to show up and a few solid Bream in the mix along all our local beaches. The standout being Birubi end of Stockton beach with the fish chewing on beach worms and Pippies.

Jew have been chewing their heads off of late and as we head into summer it’s not likely to slow down.

On the rise in more ways than one, the wet cooler weather of late has kept the water temperatures mild and the fish biting well. Bass and Yellow Belly across all the dams reacting well to all kinds of lures and baits.

With some luck the weed growth catches up to the rise in water levels and the edges fire right up once the weather finally warms up for the summer.