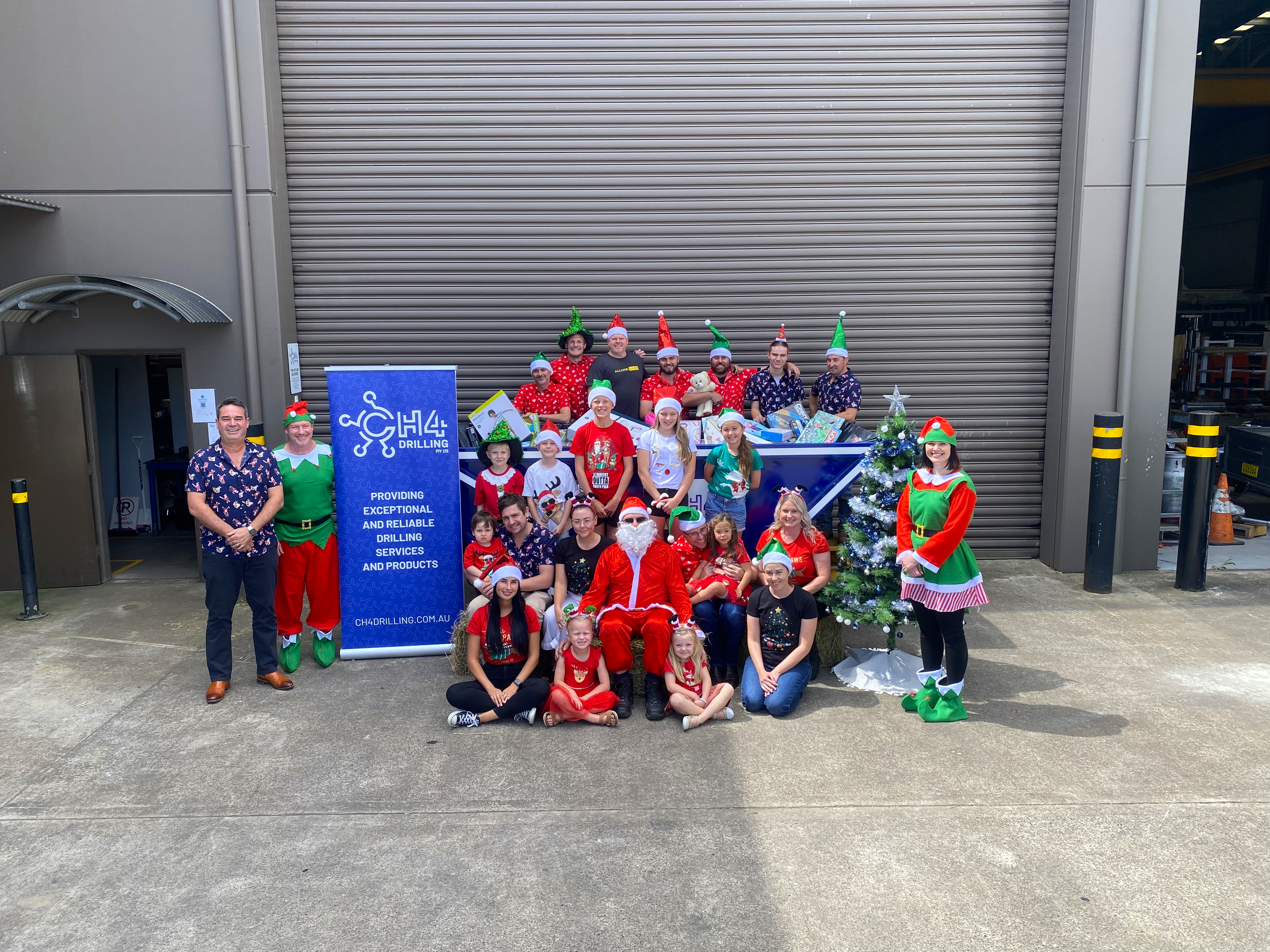 CH4 Drilling have gone above and beyond donating over 450 toys and presents to Allambi Care, to be gifted this Christmas to children who have been impacted by trauma and adversity.

Teaming up with Allambi Care, the CH4 team rallied together to spread some Christmas cheer to the children and young people supported by the organisation.

Managing Director of CH4 Drilling Justin Tredinnick, being a local from the Newcastle area, has always had a strong sense of community and approached his team earlier this year to see how they could give back this Christmas.

“We identified Allambi Care as an organisation that we wanted to contribute to based on the great work that they do,” said Nathan Ross, Safety, Training and Compliance Manager at CH4 Drilling.

“Christmas time is a time that is meant to be for family and a time of giving, and Allambi Care is an organisation that provides housing for children doing it tough.”

Allambi Care have a number of support services for local youth, including their Intensive Therapeutic Care program providing children and young people with safe and supportive accommodation to recover from the complex impacts of trauma and adversity.

“I’ve done some mentoring at Allambi Care and have seen firsthand what these kids go through, so something as simple as a Christmas present on Christmas morning is enough to put a smile on these kids’ faces,” said Nathan.

CH4 Drilling’s initial plan was to ask employees from each mine site if they would like to get involved and donate a gift, but after posting the toy drive on LinkedIn they quickly had an overwhelming response from local businesses, clients and suppliers who wanted to get involved.

“I’d say we’ve had 30 to 40 businesses who got in touch and contributed, and we had toys coming in from everywhere from the collection points we organised at each mine site with toys also being mailed in and dropped off; the response was phenomenal,” Nathan said.

Starting the collection on October 1, CH4 Drilling collected toys through to the end of November resulting in a huge blue pod filled with over 450 presents including footballs, soccer balls, kids’ makeup, an X Box, helmets and yo-yos.

“We filled up a CH4 pod that is part of our drilling operations and one of our transportation partners delivered the pod filled with toys and Christmas gifts to Allambi Care where they have a designated team who will sort through them to make sure the right gift gets to the right child based on their interests,” said Nathan.

“As an organisation it’s humbling to know that our employees align with CH4 Drilling values in wanting to give back to our community.”

The first CH4 Christmas Toy Drive was an absolute success with plans to make it an annual Christmas event. It’s an amazing effort from the CH4 team and the local business who also got involved.