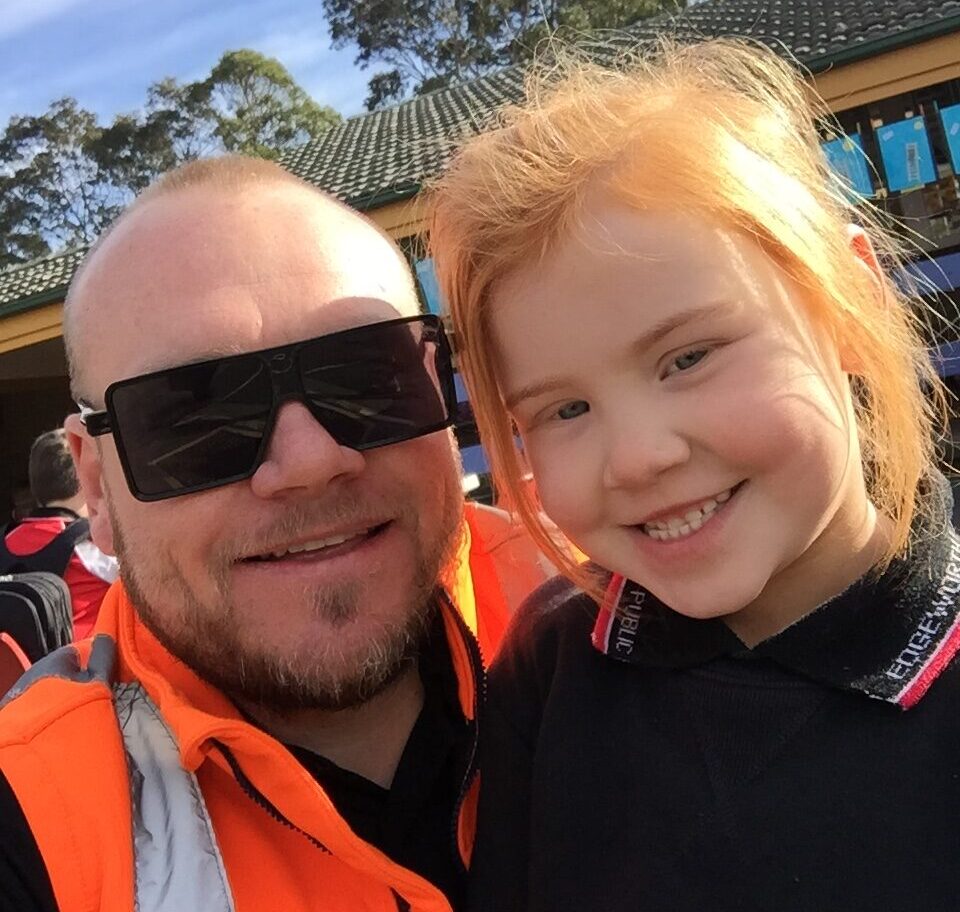 Joshua with his eldest daughter Charlette

Joshua Young – I am an Overhauls Project Manager for Sandvik Mining and Rock Solutions at Heatherbrae NSW.

When did you start in the mining industry and what was your first job?

I started in the mining industry in 2002 as a Fitter and Machinist apprentice at Waratah Engineering at Cardiff.

How different is your job now to what you wanted to be when you were a kid?

Quite different, I wanted to be a mechanic when I was a kid, so for the beginning of my career I sort of followed that path but on mining equipment as a fitter. I eventually worked my way into a leadership role as Leading Hand and then moved into Planning/Estimating which saw me move out of the workshop into an office role. I have been in the office since as I moved onto become a Supervisor, I then had the opportunity to move into the Project Management role which I have now been in for almost 4 years. Early in my career I had always planned to be an underground fitter in a coal mine after my apprenticeship, so whilst I am still in mining I wound up on the opposite side of the field by going into office managerial roles.

Starting with coffee of course, but a normal day for me would be checking in on my projects and the teams to make sure everything is on track, running project meetings and tending to emails and phone calls.

The satisfaction when a machine is complete and leaves to go to site. We get to see the finished product and celebrate what the team has accomplished.

When a machine experiences issues after delivery to site, letting a customer down.

What’s the biggest challenge you’ve had to overcome?

Getting a machine out on time when we had a long lead time for some major components from the factory that were running late. We still managed to get the components on at the end of the project to commission the machine and complete the overhaul on time. This was also for a new customer, who we then won their trust putting out a quality machine on time and on budget.

What has been your proudest achievement?

Finishing my apprenticeship was up there but also when I reflect on where I am now compared to starting as an apprentice is a great achievement for me.

What’s something about your job that would surprise people to know?

I think the opportunities working for a global company and getting to travel to other parts of the world, like our factory in Austria, pre Covid of course.

What’s a funny story about work that you can tell?

Can’t really think of one that could go into the magazine.

What do you do in your downtime?

Camping with family and friends.

The mining industry gets more than its fair share of criticism. What is your view of our industry and the impact is has?

I think at this stage the mining industry is still a requirement for our day to day lives and needs, whether it be for metal or resources required to make and produce everyday necessities, down to the power and fuels we all need to flick on a light switch or for our transportation needs. Everybody needs to realise we are all dependent on some form of mining indirectly.

The mining industry and companies in it have come a long way in regards to environmental impact and also the safety for the people in communities and working in the industry, this is evolving every day. Mining provides jobs for so many people and even whole communities are still based and built on mining across the world.

Diversity in mining is also opening so many doors for anyone who would like to start or advance their career in this field and is such an important driver for our industry these days. I think in Australia at least, mining is one of the industries leading the way with this.