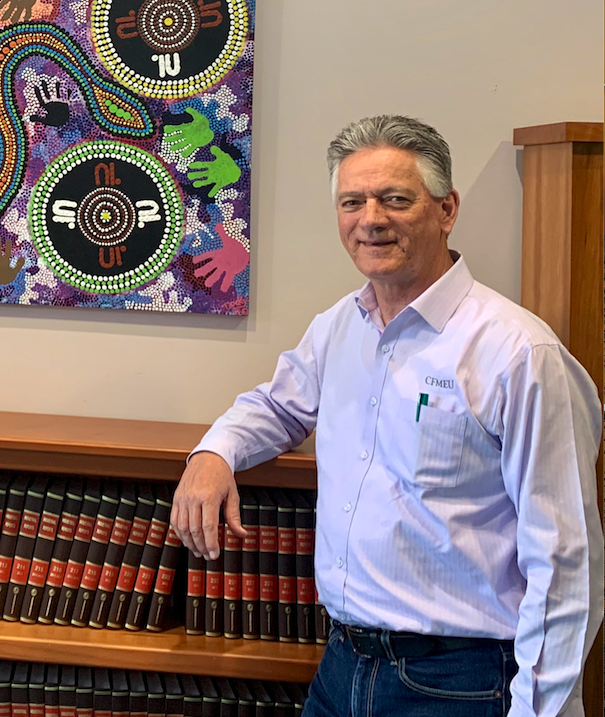 Since BHP announced last year it was looking for a buyer for Mt Arthur coal mine, there’s been plenty of buzz about who will take over the giant open cut mine. While BHP has flagged its intentions to exit thermal coal, they’re taking their time enjoying the record high prices they are currently getting for export coal mined at Mt Arthur.

There will be many column inches of commentary about what BHP’s exit means for the Hunter Valley coal industry.

But one thing’s for sure, their exit will be celebrated by workers.

BHP has driven some of the worst employment practices in our industry. In particular, they have driven the decline of permanent jobs in the coal mining industry and the widespread increase in casual labour high employment.

This has been a deliberate strategy by BHP to reduce costs at Mt Arthur and across its business. Less than a decade ago nearly all of the 2000 workers on site were directly employed by the company with permanent entitlements and conditions, now it is fewer than half.

The remainder are employed by a variety of labour hire contractors at rates of 40% less than permanent BHP employees and without the job security they deserve or the conditions guaranteed by the site Enterprise Agreement achieved through collective bargaining over many years. Most are casual, with no paid holidays and the threat of being sacked any moment despite years of service.

This employment model driven by BHP robs mining regions like ours of permanent jobs, income and economic activity – sending it to the pockets of executives and shareholders instead of flowing through the community.

To add insult to injury, BHP’s solution to creating more permanent jobs was to set up its own in-house labour hire company, the fully-owned subsidiary Operations Services. These workers wore BHP shirts but were paid and treated as labour hire. In fact, their pay and conditions were worse than other labour hire companies on site.

Operations Services never really took off at Mt Arthur in the way it has in Queensland, with many workers knowing a bad deal when they saw it. When BHP announced OS would be wound up this month, they told workers they could take up a job in Queensland’s Bowen Basin or resign. This is how the so-called ‘Big Australian’ treats its workers.

Their latest move is the heavy-handed and unnecessary mandatory vaccination policy, where everyone entering the Mt Arthur mine will need to vaccinated by November 10. Now, we encourage everyone to get vaccinated and to discuss any medical concerns they have with their doctor. But an open cut coal mine is not a hospital or aged care facility. There is no public health order requiring mandatory vaccination of mineworkers in NSW.

BHP should encourage high rates of vaccination at Mt Arthur, like everywhere else, through education, access and incentives. It’s just another example of BHP thinking they can do whatever they like without taking the views and needs of their workforce into consideration.

At the time of writing, BHP hasn’t announced who will take over at Mt Arthur. But we are looking forward to finding out, as we know that when it comes to the treatment of workers it will be an improvement.

A silver lining to BHP’s approach has been the contribution of Jeff Drayton, our respected official who sadly resigned from the union last month due to ill health.

Jeff joined the mining industry at Mt Arthur and quickly took on the Lodge President’s role, recognising that workers needed strong representation to defend their rights against BHP.

Jeff proved to be a highly effective union delegate and eventually was elected as a Vice President with our District.

As a union official over the last eight and a half years, Jeff has advocated fiercely for the rights of mineworkers and his efforts have delivered substantially improved outcomes. Jeff supported workers through tough industrial campaigns that built workers’ confidence and resulted in better and fairer pay and conditions.

The union and its members will miss Jeff’s ability and passion in representing mineworkers. We thank him for his years of service and wish Jeff, his wife Susan and their family all the best for a healthy and happy future.