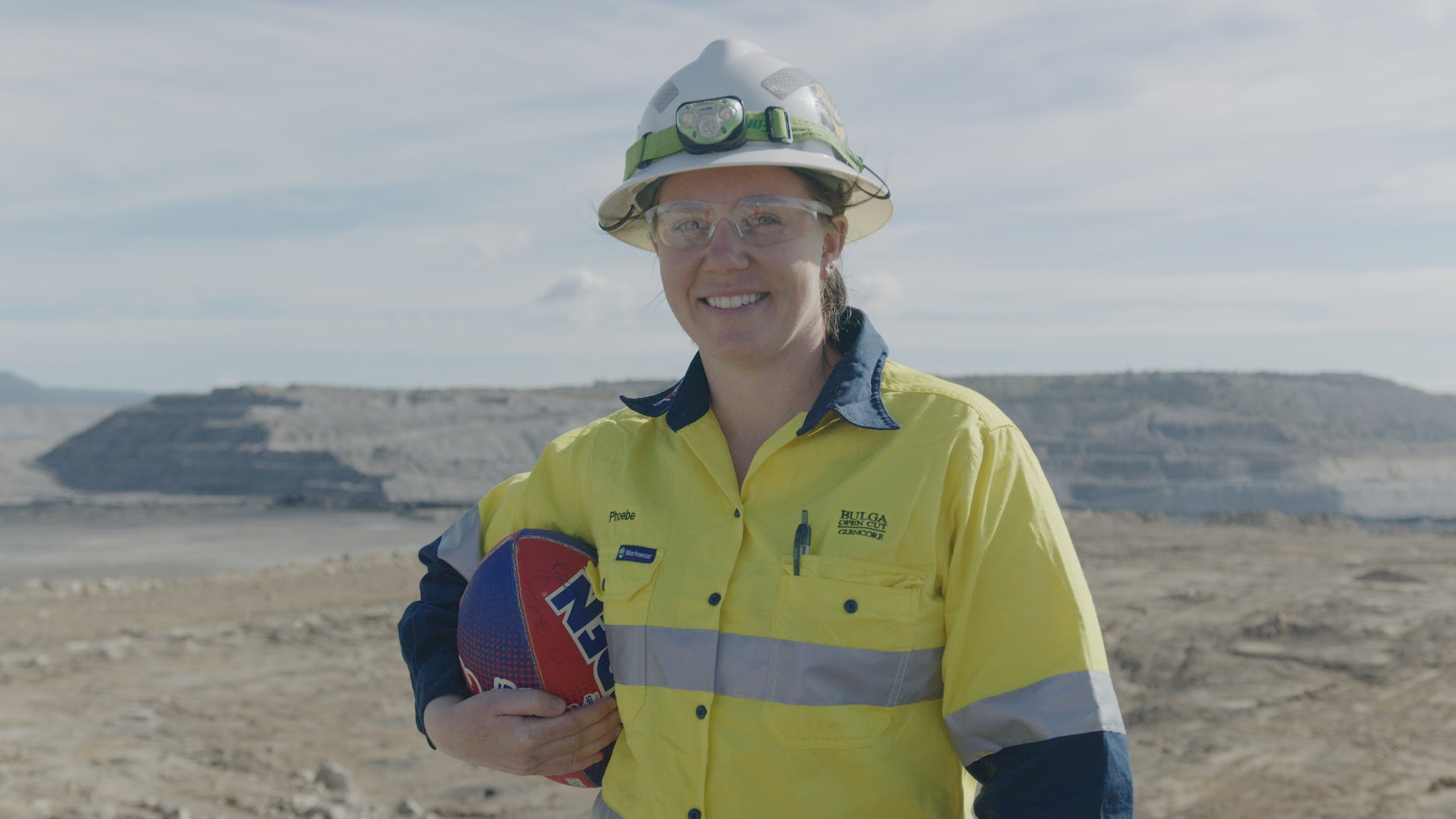 Mining and footy have run in Phoebe’s blood since a very young age, and with sheer determination she now has the opportunity to proudly represent both, securing her place in the first ever Newcastle Knights NRLW team.

Phoebe was given her start in mining at 20 years of age after applying for a traineeship at Mt Thorley. “My uncle was in mining and so were a couple of my cousins so I thought I would apply and give it a crack,” said Phoebe.

Also playing footy since the age of 8, Phoebe has been strongly involved in the grassroots of women’s rugby league in the Hunter Valley starting the first Singleton women’s team for Group 21.

“With rugby league not being so big in Singleton for girls and many of them not feeling comfortable to play with the boys like I did as a kid, being able to give them that opportunity was unreal,” said Phoebe.

This year saw the Newcastle Knights put together their first women’s team in the NRLW of 2022, with the NSW Minerals Council coming on board as a foundation partner and major sponsor.

Joining the new team, Phoebe brings a wealth of experience as a player while also continuing to work full time in the Hunter regions mining industry. Phoebe told @ The Coalface that being selected for the Newcastle Knights women’s team still feels surreal.

“I probably undersell it and don’t get me wrong I am excited, but I don’t think it will really sink in until the time comes that I run onto the field for my first game.

Originally meant to start in September-October 2021 the season has been put on hold due to Covid until early into the new year.

“Training was supposed to start in June, but obviously Covid has kept delaying it so at this point in time we hope to start training in January,” said Phoebe.

Juggling shift work with full time footy, the local star has been lucky enough to have the full support of her supervisors at Bulga Coal. “My supervisors and work mates have been really supportive, especially with the NSW Minerals Council coming on board as a major sponsor,” said Phoebe.

“They’ll bend over backwards to try and help me where they can and knowing we have the full support of the NSW Minerals Council with mining in my background is a great feeling.”

With so much success in both her mining and rugby league careers, Phoebe had some advice for any young women coming through the ranks: “You will get knocked down, you will get rejected, but you’ve just got to keep going.”

Keep an eye out for Phoebe Desmond in the 2022 season of NRLW. We know this Singleton local is going to be a force to be reckoned with.