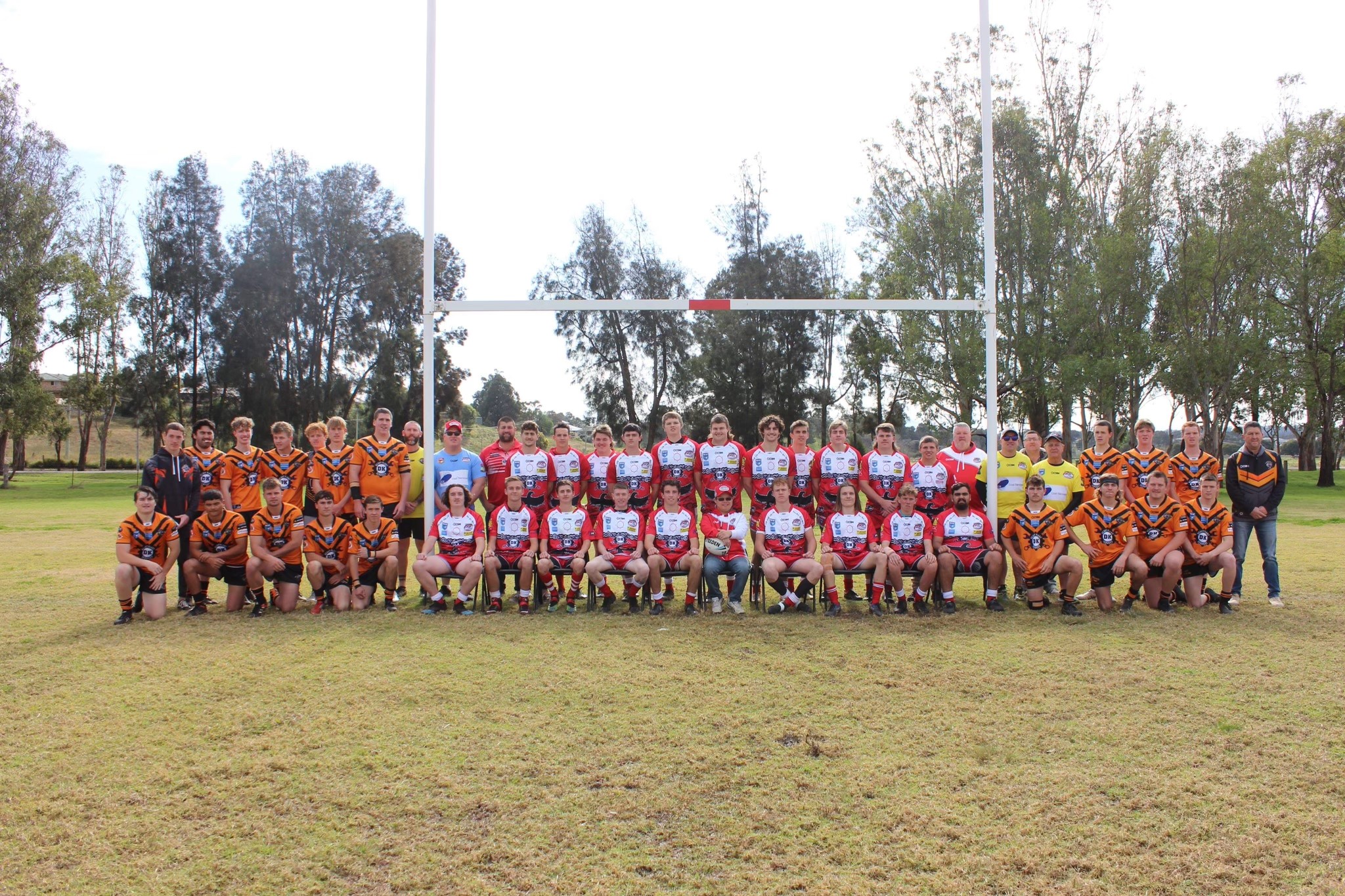 The DK Heavy Plant Services Group 21 Indigenous round was held on July 11 in line with National Reconciliation and Naidoc, with fans flocking to Singleton’s Pirtek Park for a great day of footy.

The DK Heavy Plant Services (DKHPS) Indigenous round for Group 21 was introduced for the first time this year, locally hosted in Singleton. A number of teams proudly wore indigenous jerseys on the day with Laurie Perry, local Wonnarua Elder performing a welcome to country ceremony prior to A-Grade kick off.

The sunny weather welcomed excited crowds who came along to support their teams, including local Wonnarua people who came in support of the inaugural Indigenous round.

Some of the greatest supporters on the day included employees from the Indigenous round sponsors, DKHPS, with Company Director Jane Komacha and General Manager Luke Hammond there to cheer on a couple of employees who took to the field. “We hope to be able sponsor this event annually now as this year it was a great success,” said Jane.

“DKHPS has a strong focus on increasing diversity and inclusion in our workplace and our community groups.

“We feel that it is a very important educational tool for highlighting the importance of the indigenous people in the football and the wider community.

“The Indigenous round provided an opportunity to bring people together in support of not only our indigenous players, but all teams involved.”

Harry Schumaker, first-year DKHPS apprentice, played for the Aberdeen Tigers in the Under 18’s celebrating on the day his 18th birthday. Jane announced a “special shout out and happy birthday Harry.”

Jason Fordham, DKHPS Boilermaker Supervisor also stepped up on the day to play in First Grade for Singleton Greyhounds.

“Both Harry and Jason with their respective teams came away with wins,” said Jane.

Sponsorship for any team is extremely important – without sponsorship for local teams these games and teams wouldn’t exist. “We have sponsored the Aberdeen Tigers for 3 years and they have worn our logo proudly whilst they have played,” said Jane.

“The DKHPS sponsorship helps to purchase jersey’s, provide vital first aid equipment and essential items for the teams to operate.”

A congratulations is in order to all players who took part in the inaugural Group 21 Indigenous round this year, including sponsors DK Heavy Plant Services, proudly supporting our indigenous players and community.