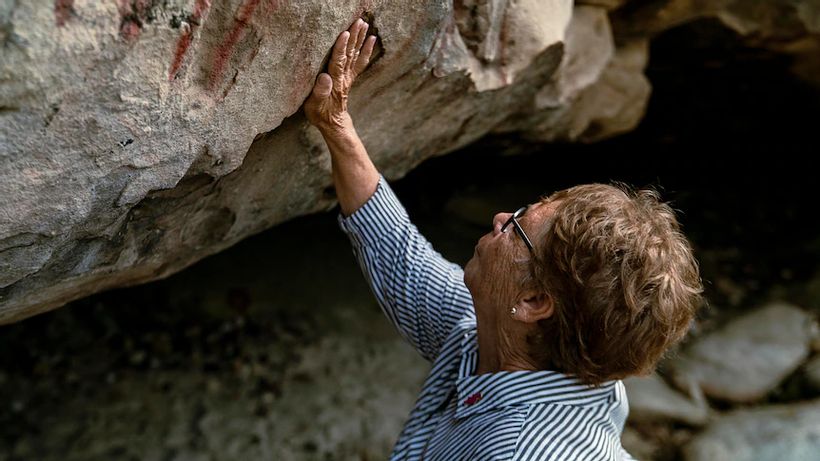 Aunty Barbara and her ancestors have always known caves along Sydneys coastline stood witness to terrible diseases.(ABC News: Teresa Tan
)
In 1789, a disease tore through communities around Sydney Cove, leaving dead bodies scattered along the shorelines. Some think this outbreak was a fire deliberately lit.
In the Sydney suburb of La Perouse, there is a little cove tucked away between a national park and the shipping containers of the city’s industrial coast.
In the summertime, Frenchman’s Bay,…