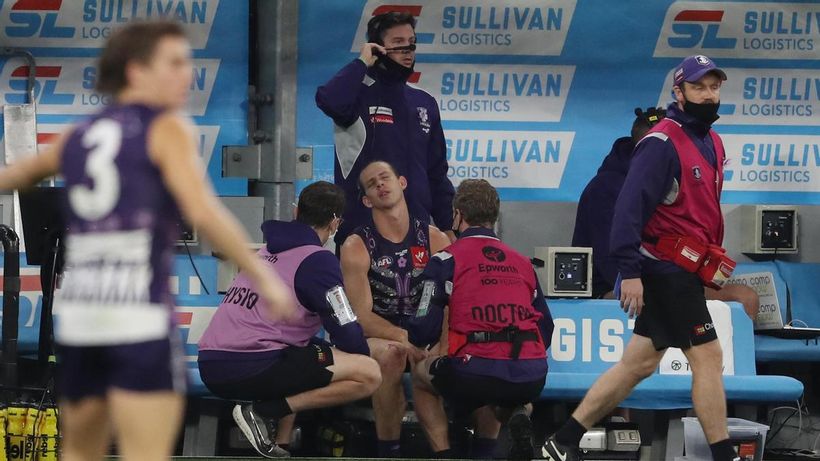 Fremantle showed some fight before running out of soldiers in a gut-wrenching defeat to the Western Bulldogs that will cost them more than the four points.
Inspired by three goals from Josh Treacy in the 18-year-olds best outing at AFL level, the Dockers had moved to within striking distance at three-quarter time before being cruelled by injury.
With Nat Fyfe, Sean Darcy, Griffin Logue and Brennan Cox all unable to finish the game, the Western Bulldogs kicked away to win by 28 points, 13.15 (93)…