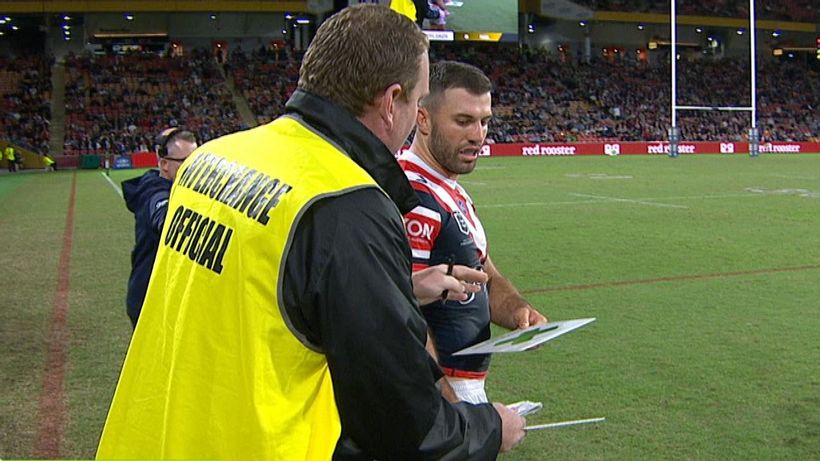 Michael Ennis has called for a review of the HIA system after Lachlan Burr was sent to the sin bin for contact with a falling James Tedesco before the Roosters exploited an interchange loophole.
Tedesco, grabbing his head, jogged off the field with a trainer and appeared headed for a HIA allowing his side a free interchange.
However he almost immediately returned to the field ironically in a similar incident to one involving Cameron Munster and the Storm in a game against the Roosters.
Watch The…