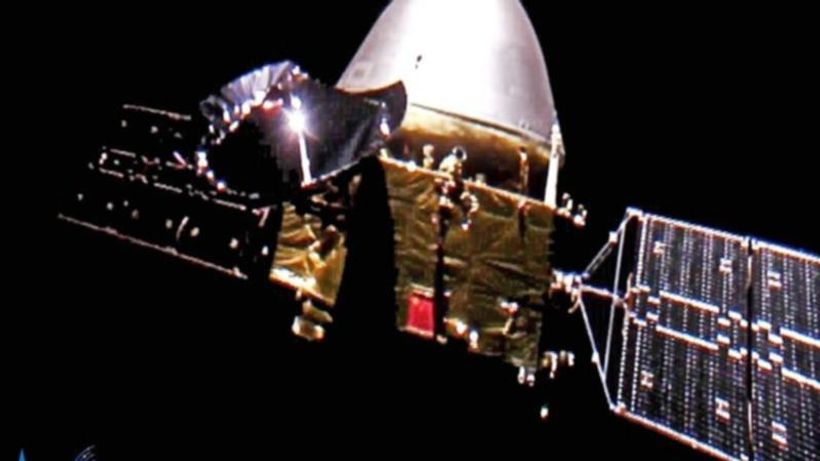 China says its Mars probe and accompanying rover are expected to land on the red planet sometime between Saturday and Wednesday.
The China National Space Administration said in a notice that the Tianwen-1 probe has collected a large amount of scientific data since entering Mars orbit on February 10.
It said the window for setting down on an icy area of the planet known as Utopia Planitia was determined by “current flying conditions.”
Named after the Chinese god of fire, Zhurong, the rover will stay…