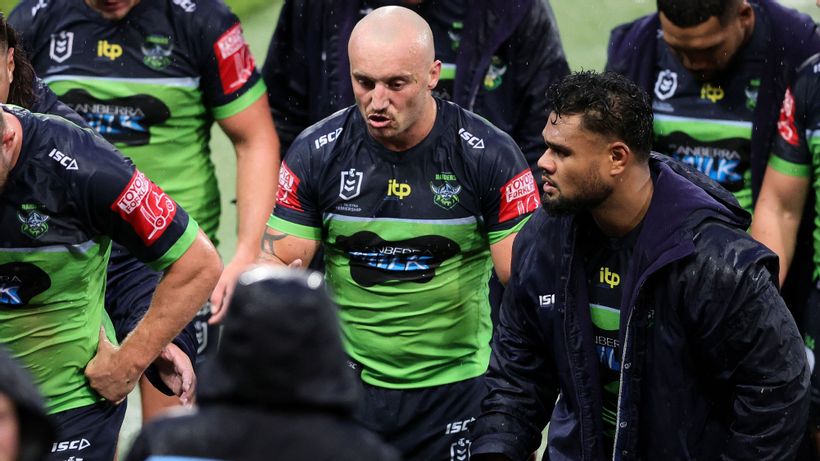 Canberra star Josh Hodgson has confirmed that he has quit as Raiders captain as reports link him to a potential move to Brisbane.
Speculation has swirled around Hodgson this week amid a developing crisis in the nation’s capital, with Joseph Tapine’s wife publicly attacking Ricky Stuart, English halfback George Williams suffering homesickness and gun prop Josh Papalii sitting out a game because he was felling “flat”.
Raiders star Josh Papalii. (Getty)
“I’ve made the decision to stand down as club…