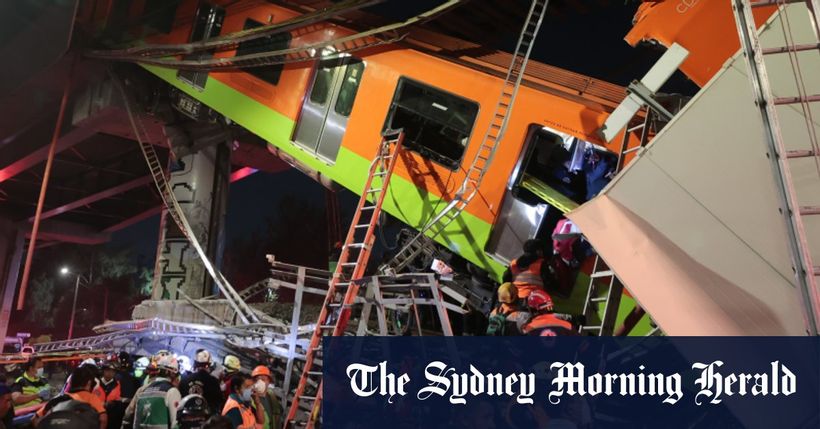 Mexico City: At least 23 people were killed, including children, and 65 were hospitalised when a railway overpass collapsed onto a busy road in Mexico City on Tuesday (AEST).
Rescue efforts for potential survivors were paused shortly after the accident, authorities said, because of the risk that more of the Metro overpass and train cars could slam down onto the road.
Emergency personnel work to search for accident survivors after a raised subway track collapsed in Mexico City, Mexico. Credit:Getty…