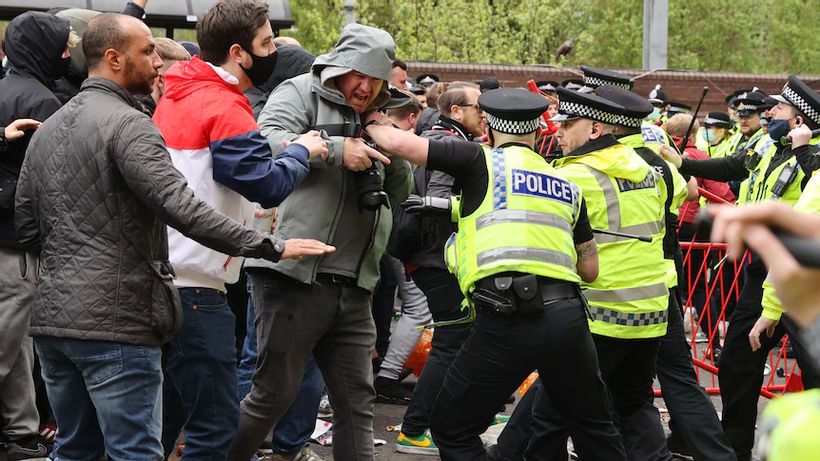 Manchester United has vowed to punish anyone who committed a criminal act during protests on Sunday at Old Trafford that led to the Premier League game against Liverpool being postponed.