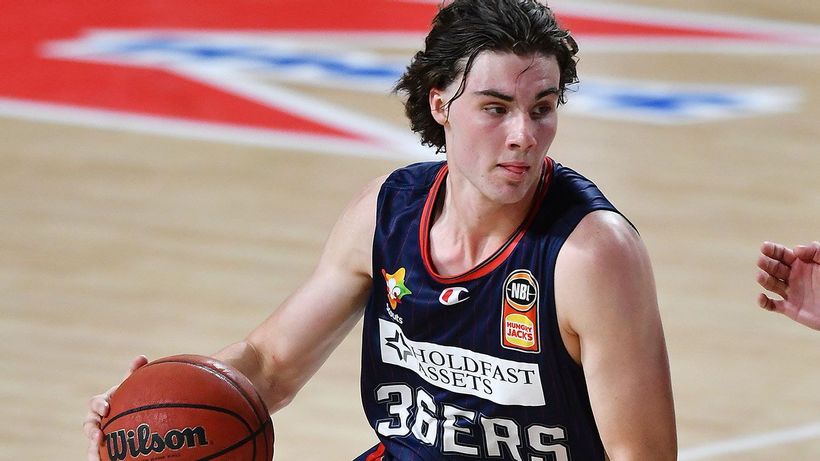 Australian Josh Giddey has officially declared for the 2021 NBA Draft.
Giddey, 18, is projected to be a first round pick and could even rise to be a lottery pick after a strong year for the Adelaide 36ers in the NBL, where he averaged 11 points, 7.4 assists and 7.1 rebounds.
The 203cm point guard earlier this week became the youngest NBL player in history to record a triple-double, with 12 points, 10 rebounds and 10 assists against the New Zealand Breakers, and is tipped to win the NBL Rookie of…