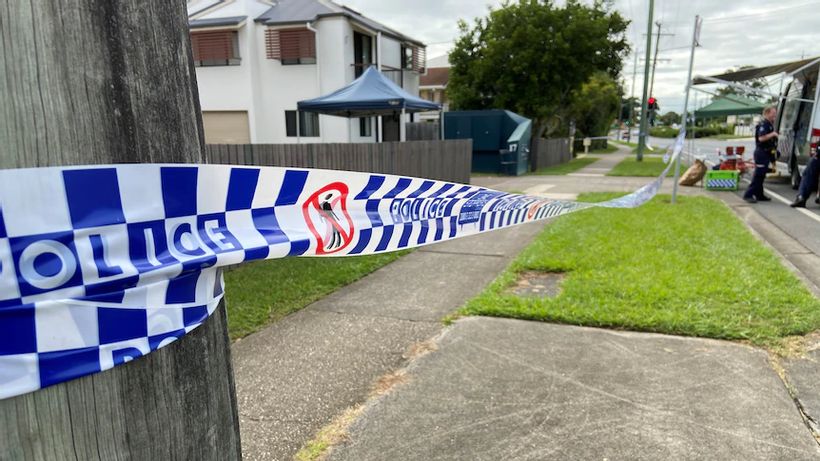 A 24-year-old Caboolture man has been charged over a double-shooting murder north of Brisbane yesterday.
Police arrived at a unit complex on Lower King Street in Caboolture at about 5:15pm after reports of multiple gunshots.
Officers found two men, a 23-year-old and 37-year-old suffering from gunshot wounds.
Debris was strewn across the driveway as investigations continued into the alleged shooting.(ABC News: Baz Ruddick
)
Witnesses told the ABC they saw paramedics working to revive one of the two…