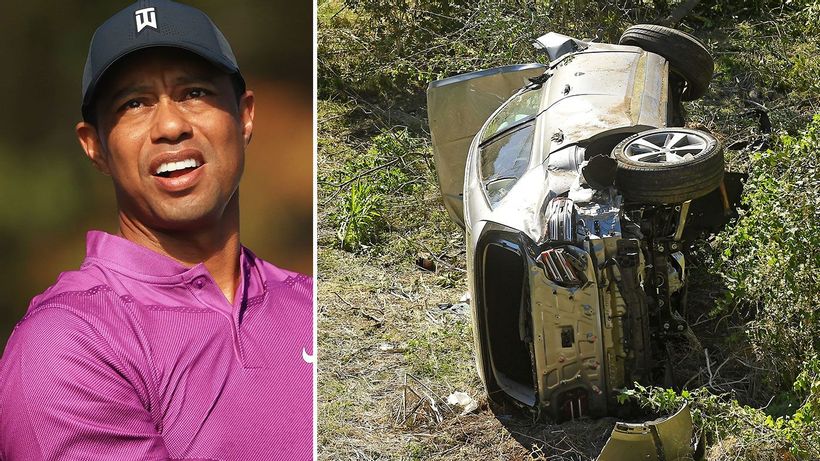 Tiger Woods was driving almost twice the legal speed limit before the borrowed SUV he was in hit a tree just outside Los Angeles, the city’s sheriff says.
Los Angeles County Sheriff Alex Villanueva said the “primary causal factor” in the February 23 crash was excess speed — 84-87mph (135km/h to 140km/h) when he crossed the median and 75mph (120km/h) when he struck the tree — and failing to follow the curve of the road.
The speed limit on the road was 45mph (72km/h).
He said no citations were issued…