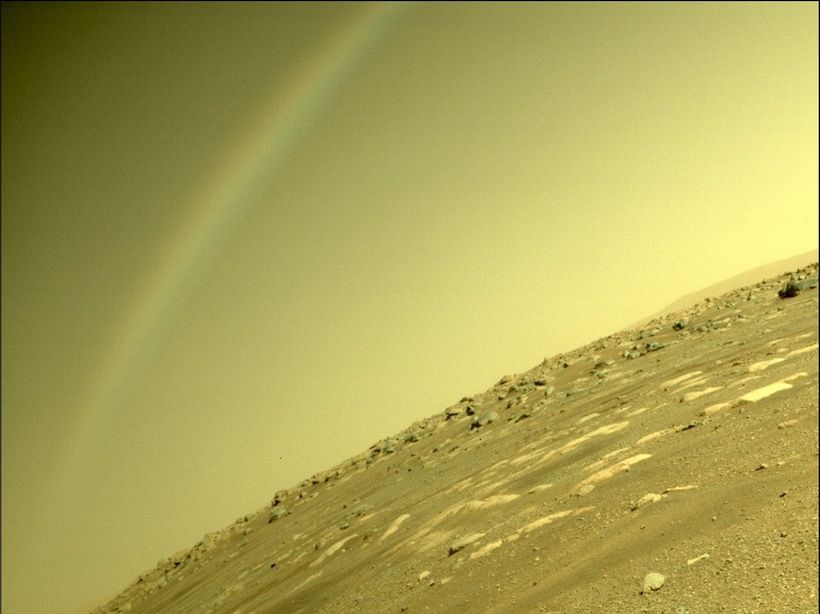 NASA released a photo of what looks like a rainbow on Mars – but said it actually just shows a lens flare.
“Many have asked: Is that a rainbow on Mars?” the Twitter account of NASA’s Perseverance rover tweeted on Tuesday.
And it gave an answer: “No.”
“Rainbows aren’t possible…