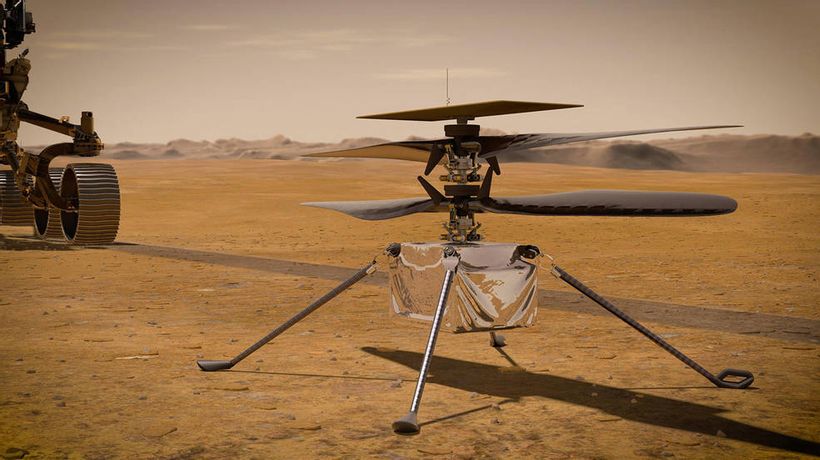 NASA’s first solar-powered helicopter drone has landed on Mars, and it is hoped that it will be able to provide us with never-before-seen images and video of the Red Planet.
The helicopter is called Ingenuity, and it was deployed by mother ship Perseverance on Saturday, April 4. It is expected to make its first flight on April 11, which will make the first time a helicopter has ever been used on another planet.
The $85 million drone has two cameras on board, and footage will be relayed back to Perseverance…