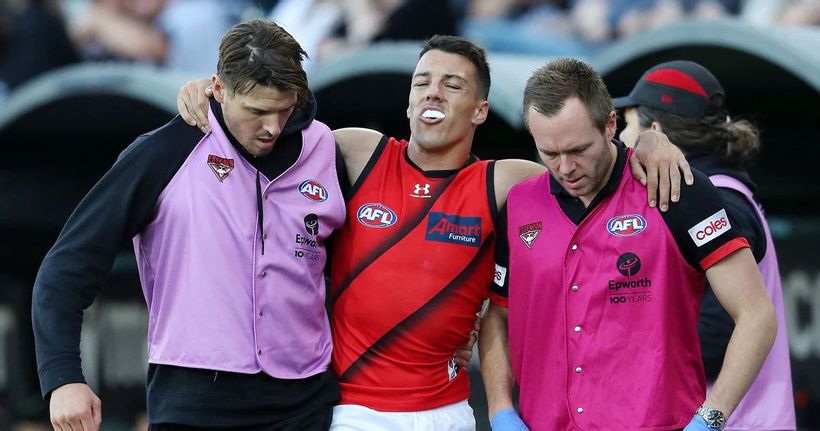 ESSENDON midfielder Dylan Shiel is unlikely to play again this season after his knee injury was worse than first feared.
Shiel underwent an arthroscopy after suffering a torn meniscus in the round two loss to Port Adelaide.
He was initially expected to miss 4-6 weeks, but the 28-year-old will now be sidelined for four months after he opted for more surgery to repair his damaged knee.
Dyl (Dylan Shiel) saw the surgeon early last week, head of high performance Sean Murphy said on the club’s website.
…