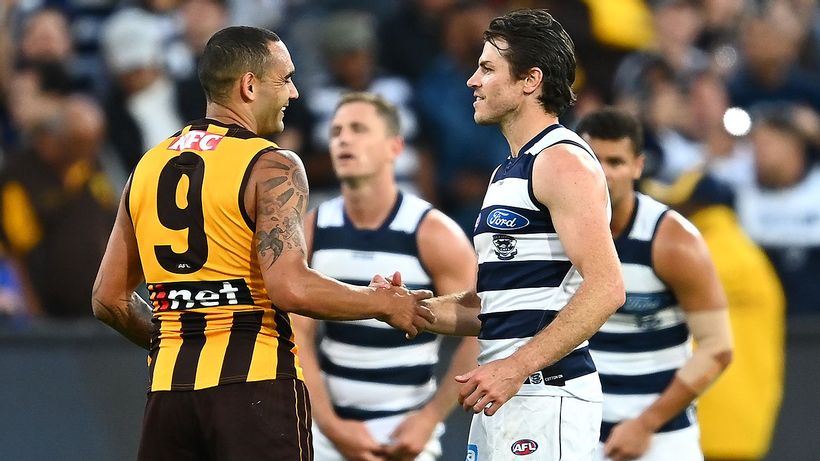 Geelong great Paul Chapman has taken aim at Hawthorn fans for booing ex-Hawk Isaac Smith throughout the Easter Monday thriller between the two teams.
After 210 games for Hawthorn between 2011 and 2020, Smith crossed to the Cats as a free agent during the off-season and had 15 possessions against his old team.
MORE: Cats and Hawks produce another Easter Monday thriller
Despite his brilliant service for their club over 10 seasons, Hawthorn fans let Smith know how they felt about his defection, with…