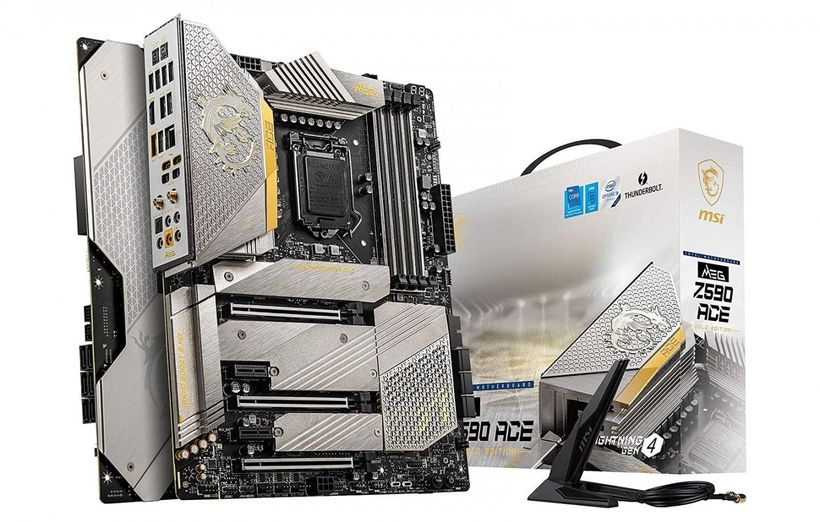 MSI’s new MEG Z590 ACE motherboard was revealed alongside Intel’s new 11th Gen Core CPUs — also known as Rocket Lake-S which are led by the flagship Core i9-11900K processor.
But now we’re getting our first look at a new variant of the board with MSI’s upcoming MEG Z590 ACE Gold Edition motherboard, which sees the company changing up the color scheme and introducing brushed aluminum and parts of gold throughout the board and its design.
It’s the same motherboard as the original dark version, but…