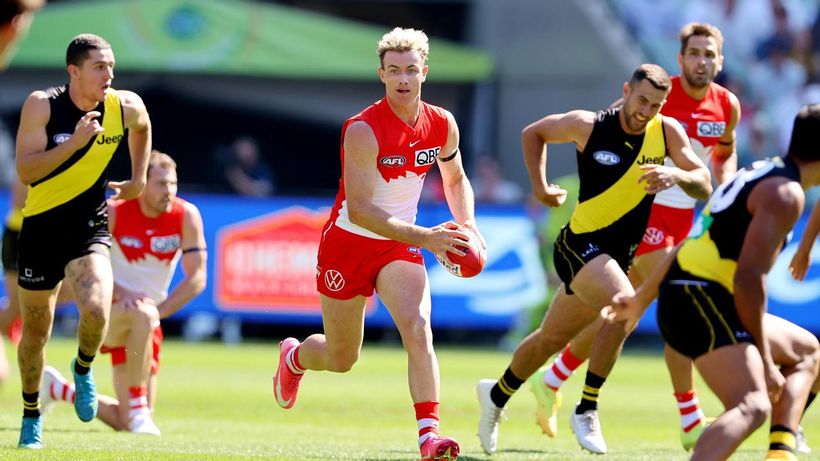 Sydney could receive a third straight Rising Star nomination after an emphatic victory over Richmond on Saturday.
The Swans shocked the AFL world with a 45-point win over the reigning premiers at the MCG, with a number of young guns impressing in the win.
With first-year players Errol Gulden and Braeden Campbell receiving nominations in the first two rounds for standout performances, it was fellow teenager Chad Warner who could receive the coveted nomination for Round 3.
Watch the 2021 Toyota AFL…