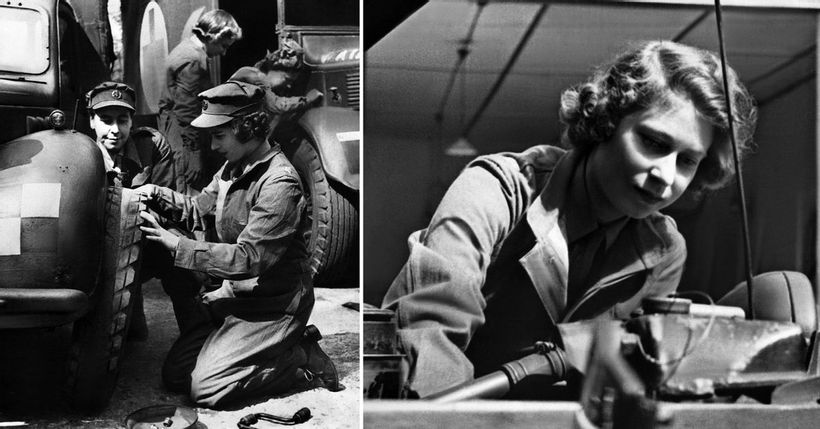 We all know Queen Elizabeth II has devoted her life to her country. But what many people might not realise is that ten years before she became queen, she was an active duty member of the British Armed Forces, serving during World War II.
RELATED:Harry’s ‘dangerous accusation’ about the Queen that’s causing fresh concern among palace staff
Britain’s Queen Elizabeth II, then Princess Elizabeth, right, enjoys a joke with her father King George VI. (AP/AAP)
While the then-princess could have easily…