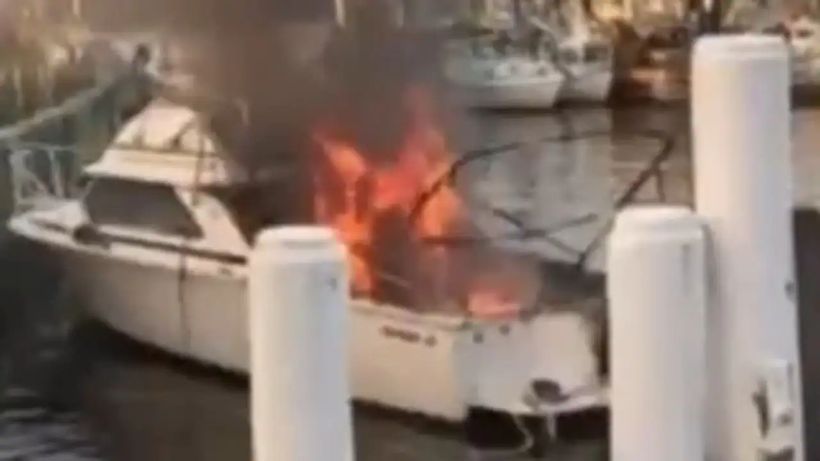 Eight people have been treated for burns after a horror boat explosion on Easter Sunday in NSW.The boat exploded at Brooklyn on the Hawkesbury River north of Sydney just after 5pm.
Firefighters arrived quickly to the scene at Dangar Road and discovered there was a small boat “totally involved“ in flames.
Two people are fighting for life and in a critical condition.
Another four are in a serious condition, while two escaped with minor injuries, a NSW Ambulance spokesman said.
They were treated by…