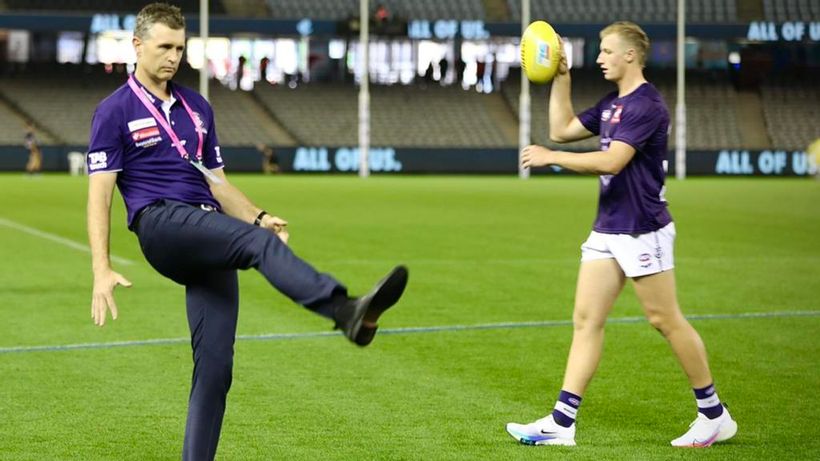 Fremantle fans have hit social media to blast their clubs efforts and the decision to not play big forward Josh Treacy in todays drubbing at the hands of Carlton.
The Dockers brought Treacy with them to Victoria as the travelling emergency, but the forward didnt get a gig, with fans bemused as to why he wasnt called upon given injuries to Rory Lobb (knee) and captain Nat Fyfe (concussion).
West Coast premiership defender Will Schofield was one of the Dockers biggest critics, hitting social media…