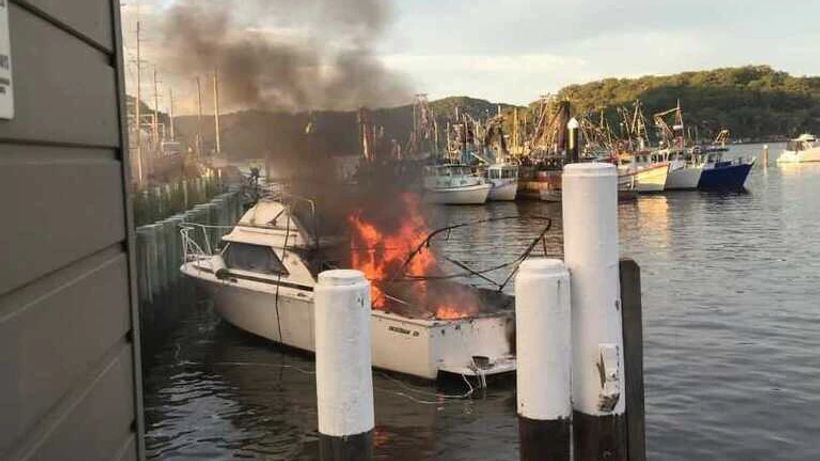 Eight people have been injured after a boat exploded on the Hawkesbury River, north of Sydney.
Emergency personnel were called to a marina near Danger Road at Brooklyn at 5:10pm on Sunday after reports a vessel was alight.
Police, ambulance and firefighters from Berowra fire station attended the scene.
Eight people were treated by paramedics and have reportedly suffered varying burns.
A Royal North Shore Hospital spokesperson said four were in a serious condition, while the remainder had minor injuries.
…