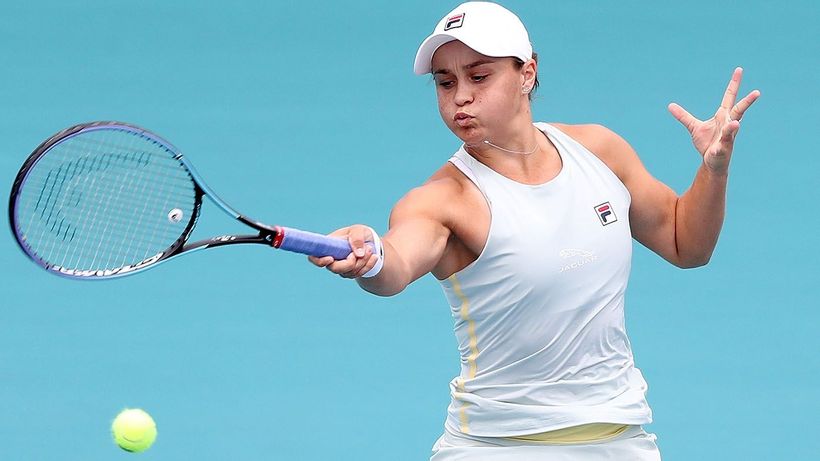 Ash Barty has bluntly rejected criticism of her long-held world No.1 ranking, armed with a fresh title from the Miami Open.
Barty defended her Miami title from 2019 by beating Bianca Andreescu in the final and with it, maintained the 1000 ranking points that come with winning a WTA premier mandatory event.
No.2 Naomi Osaka could have taken top spot by winning Miami but instead crashed out in the semi-finals. Barty is about to enter her 70th week as No.1, with the ranking frozen during a 2020 season…