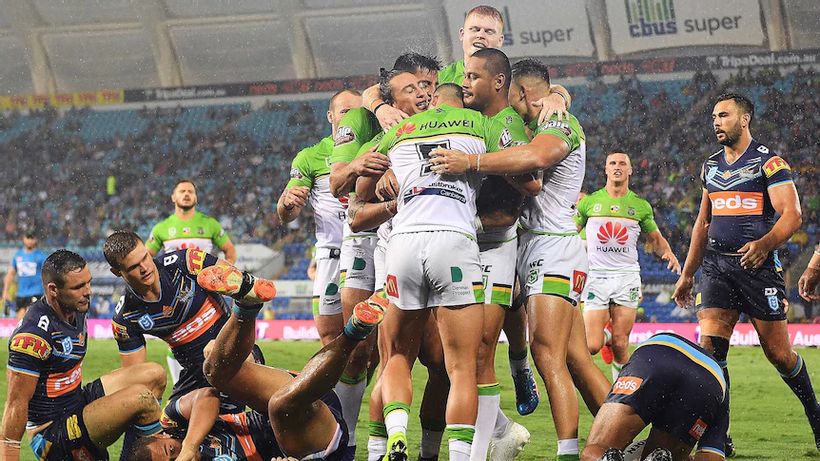 The Titans and Raiders go head to head in neutral territory at Kogarah Oval after the Cronulla Sharks crushed North Queensland in the opening match of the day at the same venue.
Check out all the live scores and stats below.
Titans vs Raiders
Team stats
Play-by-play
Sharks thrash Cowboys
Connor Tracey scored two of Cronulla’s eight tries in their big win over the Cowboys.(AAP: Dan Himbrechts
)
North Queensland’s NRL season has descended into further chaos with another limp effort ending in a record…