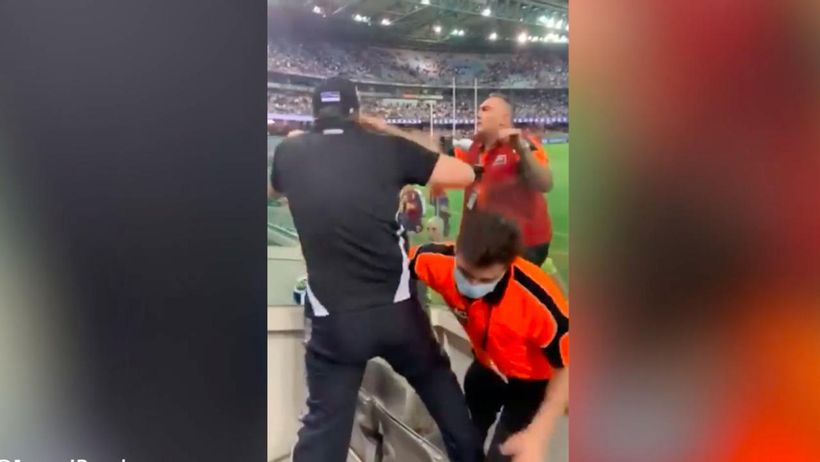 An ugly post-game scene has marred Thursday nights thriller between Collingwood and Brisbane at Marvel Stadium.
Lion Zac Bailey slotted the match-winning goal after the siren to give the club a one-point win after coming from as much as 25-points down to snatch the four points.
But it was an incident post-game that got plenty of traction with a Magpies fan needing to be held back from security as he attempted to berate the umpires.
Watch the 2021 Toyota AFL Premiership Season. Every match of every…