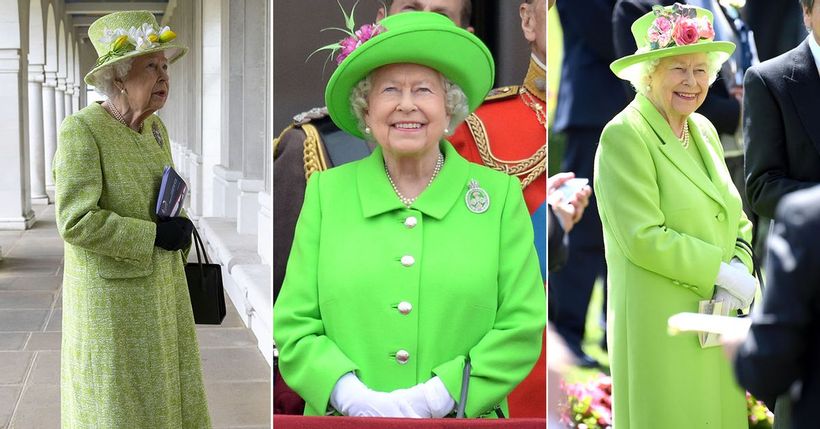 Queen Elizabeth II made sure she stood out during her first in-person royal engagement of the year, choosing a bright outfit full of meaning.
The monarch marked the 100th anniversary of the Royal Australian Air Force (RAAF) at the CWGC Air Forces Memorial, Runnymede.
The memorial is a short drive from Windsor Castle where Her Majesty and the Duke of Edinburgh have been isolating since March, 2020.
Queen Elizabeth II during a visit to The Royal Australian Air Force Memorial on March 31, 2021. (Getty)
…