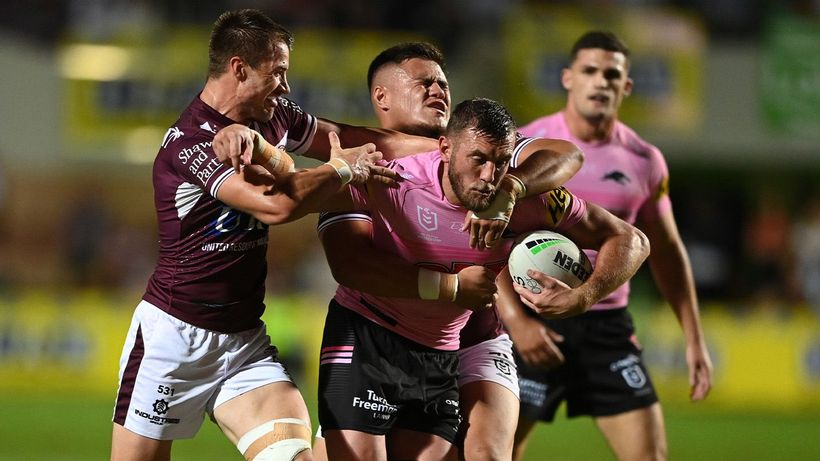 Rugby league icon Johnathan Thurston has pinpointed the Manly Sea Eagles’ sluggish response to errors as their chief concern, in the wake of their 46-6 hiding at the hands of the red-hot Penrith Panthers.
While the last-placed Sea Eagles crashed to a fourth consecutive defeat to start the season, they only recorded two more errors than the reigning premiers, making 10 to the Panthers’ eight.
But those errors burnt Manly as Penrith, primarily through a lethal left edge headlined by Viliame Kikau,…