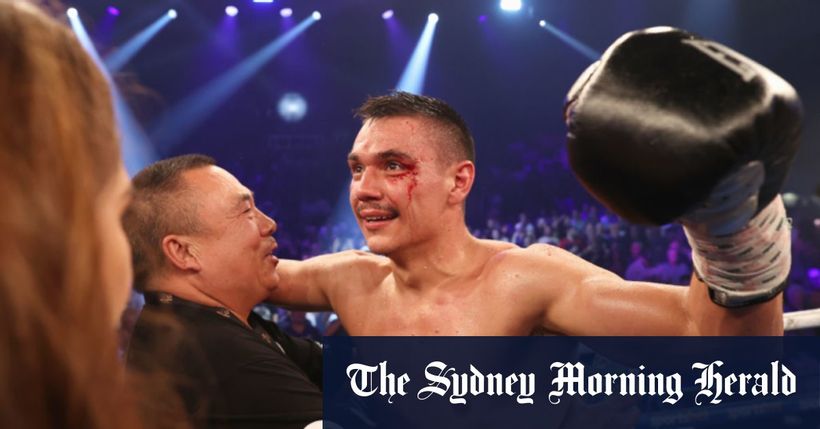 I know what it was, the referee warned the Hogan camp.
From that point on Tszyu dominated, unleashing a series of savage combinations in the fourth and fifth.
The Tszyu camp included a rematch clause in the contract. Hogans manager, Danny Dimas, interpreted this as a lack of confidence in their charge. It will not have to be enacted.
Tszyu was badly in need of a workout after touching up Jeff Horn. His previous fight, against Bowyn Morgan in December, lasted just two minutes before the Kiwi was…