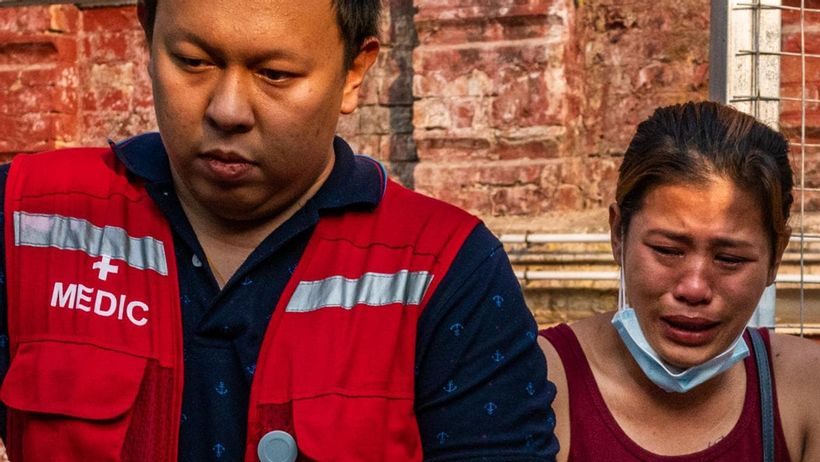 Myanmar has been rocked by its deadliest day since the military seized power, with more than 100 people gunned down by the nations security forces and a five-year-old boy among the dead.Tens of thousands of people took to the streets in the cities of Yangon, Mandalay and other towns on Saturday to protest the February 1 military coup.
The five-year-old boy was one of 13 people gunned down in Mandalay while at least 91 people were shot and killed in Yangon.
RELATED: Horrific photos from Myanmar as…