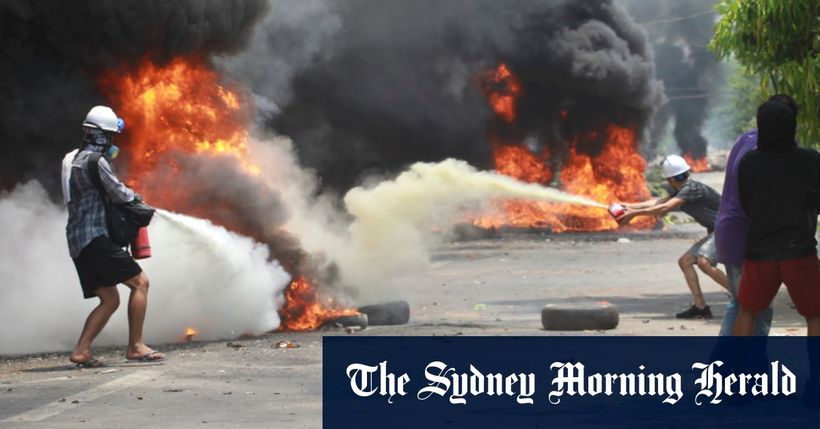 Today is a day of shame for the armed forces, Dr Sasa, a spokesman for CRPH, an anti-junta group set up by deposed lawmakers, told an online forum.
A military spokesman did not respond to calls seeking comment on the killings by security forces, the air strikes or the insurgent attack on its post.
They are killing us like birds or chickens, even in our homes, said Thu Ya Zaw in the central town of Myingyan, where at least two protesters were killed. We will keep protesting regardless… We must…