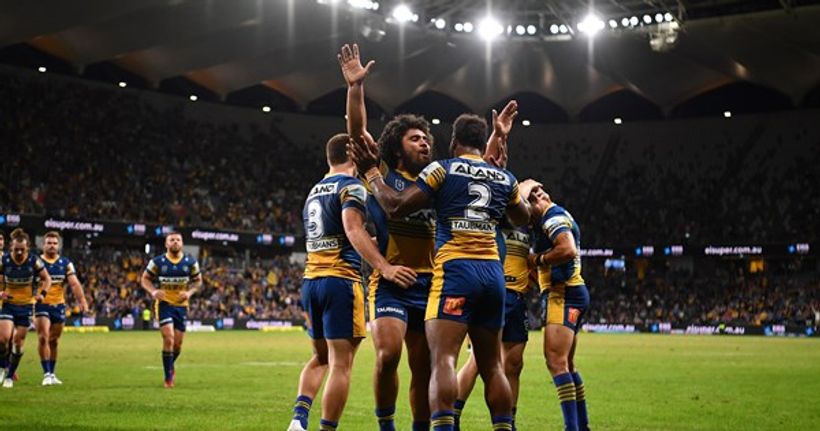 A round of extraordinary injury carnage continued as the Sharks played without interchanges in the second half to succumb to a dominant Eels 28-4 on Saturday night.
Cronulla winger Sione Katoa (knee) was helped off in the 23rd minute while second-rowers Wade Graham, Briton Nikora and fullback Will Kennedy all failed HIAs before the break.
Parramatta also lost halfback Mitch Moses to a head knock in the opening term, then powerful winger Maika Sivo went off for a HIA in the 53rd minute but later…