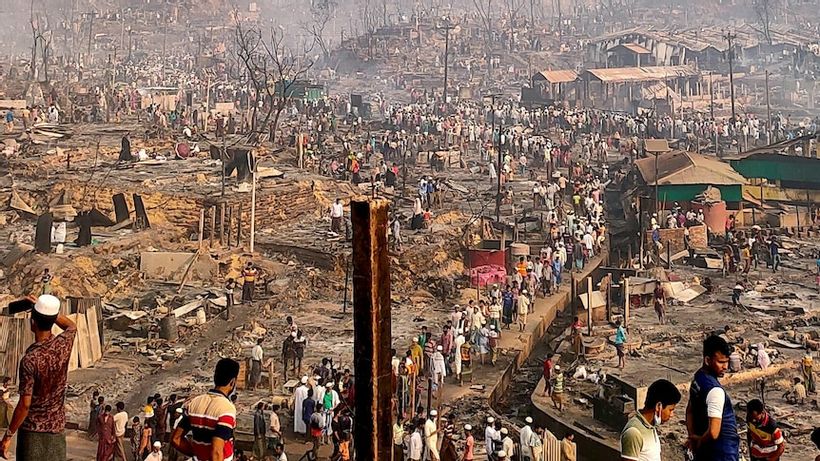 The death toll from a massive fire that ripped through a Rohingya refugee camp in Bangladesh has risen to at least 15, with another 400 people missing, according to the United Nations refugee agency (UNHCR).
Key points:

The UNHCR says Monday’s fire has left more than 550 people injured and about 45,000 displaced.
…