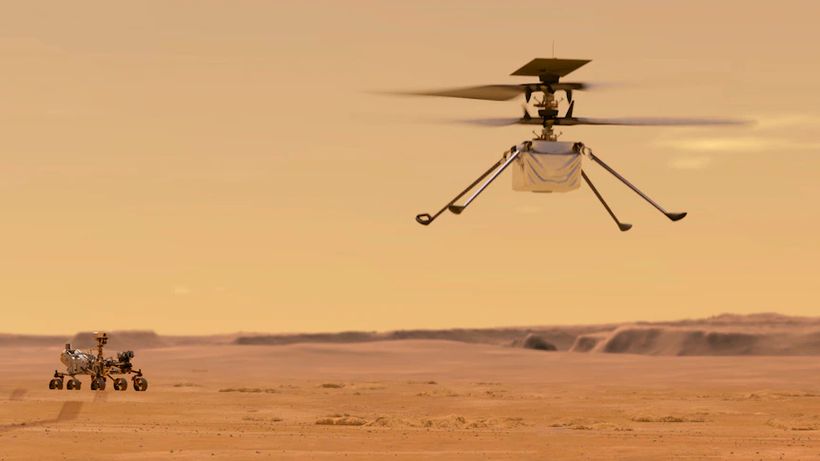 NASA has provided a preview of how it hopes the helicopter named Ingenuity will deploy from the rover resting on the surface of Mars and fly in the planet’s thin atmosphere.
Key points:

The helicopter hitched a ride to the Red Planet with the Perseverance rover, arriving…