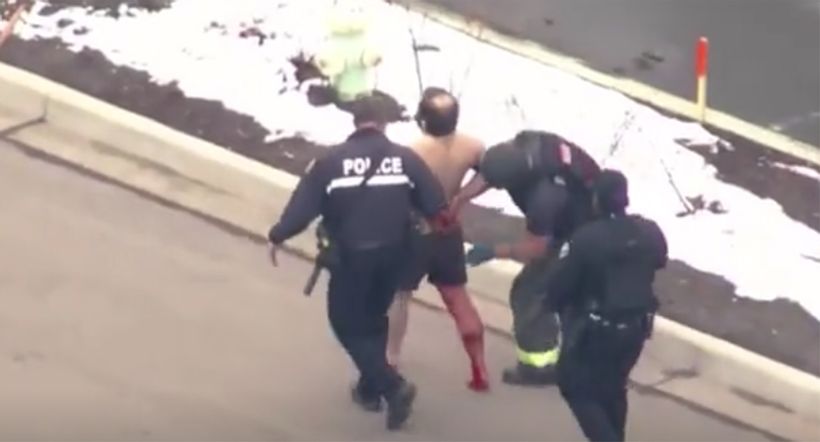 Several people have been killed in a supermarket shooting in the US state of Colorado after a gunman opened fire.
Officers arrived at King Soopers grocery store in Boulder before 3pm (local time) on Monday just minutes after a 911 call, the Boulder Police Department tweeted.
“We have multiple victims who lost their lives. One of the victims is a Boulder police officer,” the department said.
A man being taken away by police with what appears to be blood running down his leg. Source: Reuters
Boulder…