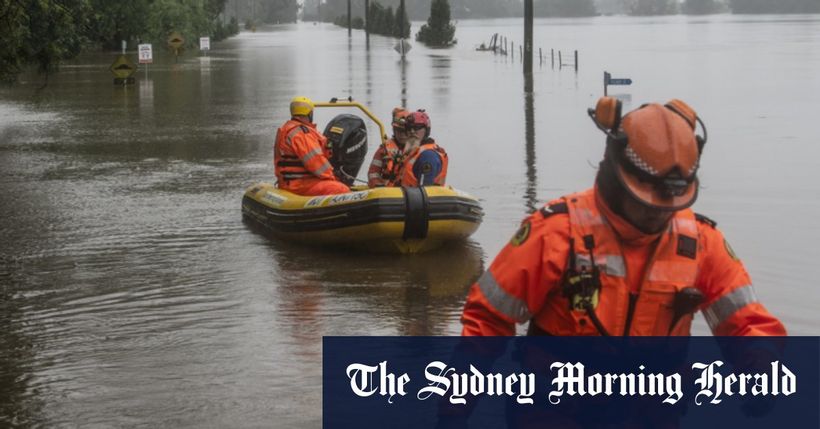 The severe weather system moving over the continent has already cleared the western part of NSW, with Sydney and the Mid North Coast predicted to see blue skies by the afternoon, though flooding will continue to wreak havoc.
An inland trough travelling east from the Kimberleys in Western Australia merged overnight with a coastal trough that has troubled NSW and south-east Queensland for days, resulting in heavy rainfall throughout the north-west and eastern parts of the state.
SES volunteers heading…