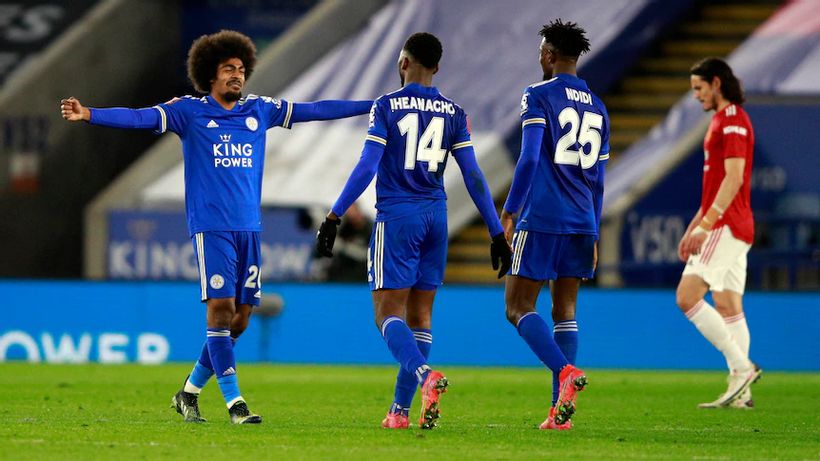 While its neighbour is chasing a quadruple, Manchester United now has only one route to ending a four-year trophy drought.
Losing 3-1 to Leicester in the FA Cup quarter-finals on Sunday leaves Ole Gunnar Solskjaer with realistically only the Europa League to produce his first trophy as United manager.
United faces Granada in the quarterfinals of the Europa League.
“We didn’t have the spark tonight and it’s understandable,” Solskjaer said.
“They’ve been unbelievable, the last three or four months,…