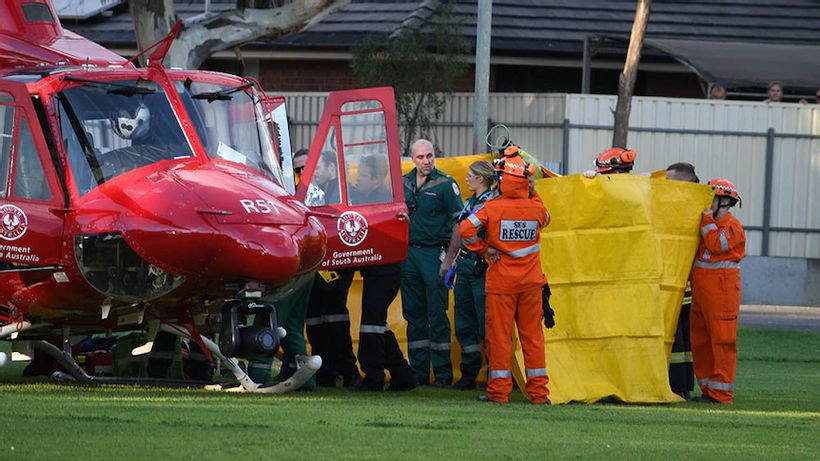 A member of the public who attempted to break up a dispute between a man and a woman outside a supermarket at Salisbury North, in Adelaide’s north, has been seriously assaulted.
Police say the man attempted to intervene in the altercation about 5:15pm, but was assaulted by the male suspect, who left the scene on a motorbike with the woman.
The victim, a 49-year-old Paralowie man, was airlifted to the Royal Adelaide Hospital with serious head injuries.
Police say the parties are not known to each…