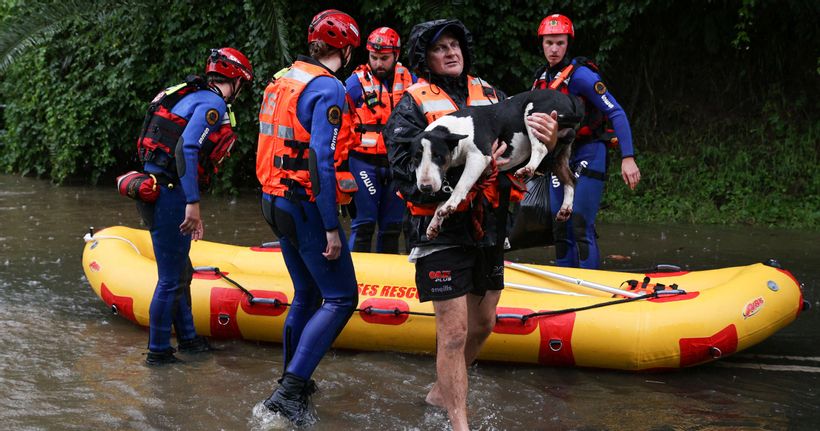 Australias east coast was smashed by heavy rains on Saturday, sparking dangerous flash flooding that forced the evacuation of multiple regions as the fast-moving waters unmoored houses, engulfed roads, stranded towns and cut power lines.
In Sydney, the countrys biggest city, authorities pleaded for people to stay at home as a major dam overflowed and a mini-tornado tore through a western suburb.
Most of the coast of New South Wales (NSW) state, which is home to about a third of Australias 25 million…