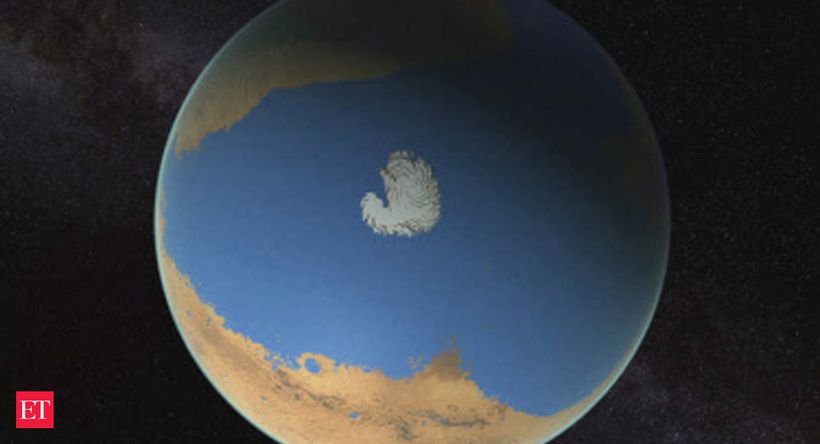 Mars was once wet, with an oceans worth of water on its surface.
Today, most of Mars is as dry as a desert except for ice deposits in its polar regions. Where did the rest of the water go?
Some of it disappeared into space. Water molecules, pummeled by particles of solar wind, broke apart into hydrogen and oxygen atoms, and those, especially the lighter hydrogen atoms, sped out of the atmosphere, lost to outer space.
But most of the water, a new study concludes, went down, sucked into the red planets…