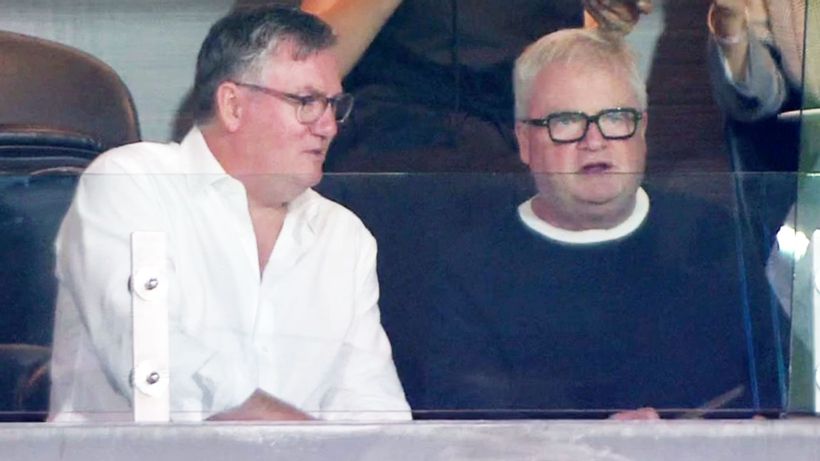 Eddie McGuire was spotted next to Peter Gordon during Collingwood’s clash with Western Bulldogs. Image: Channel 7
Eddie McGuire was on hand to watch Collingwood play their first game since his resignation as club president on Friday night, however it was more misery for the 56-year-old.
McGuire was spotted sitting in the stands at the MCG next to former Western Bulldogs president Peter Gordon.
‘REVOLTING’: Scott Morrison savaged over appearance at AFL
‘BLIGHT ON THE GAME’: Fans left fuming over…