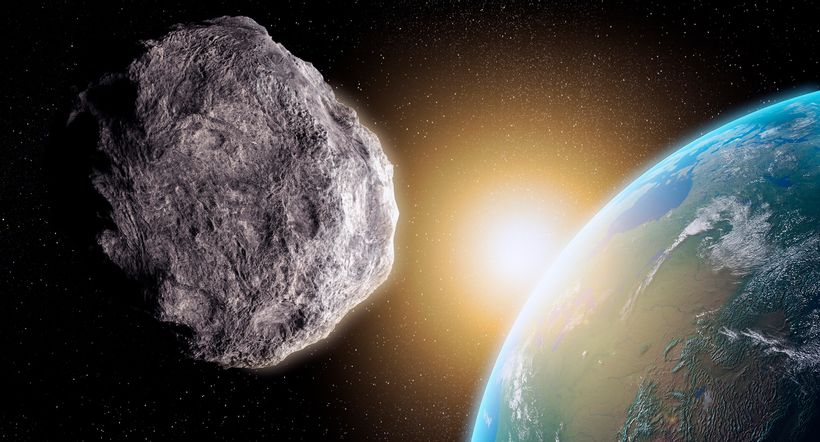 A “potentially hazardous” asteroid the size of the Sydney Harbour Bridge is hurtling towards Earth.
There is however no reason to panic, according to NASA, as it will make its closest approach about two million kilometres away.
Astronomers may catch a rare glimpse of the asteroid through a telescope as it is predicted to pass by Earth on March 21 and be seen in Australia in the early hours of March 22.
The 2001 FO32 asteroid will travel at speeds of 124,000km/h. Source: Getty/file
“We know there…